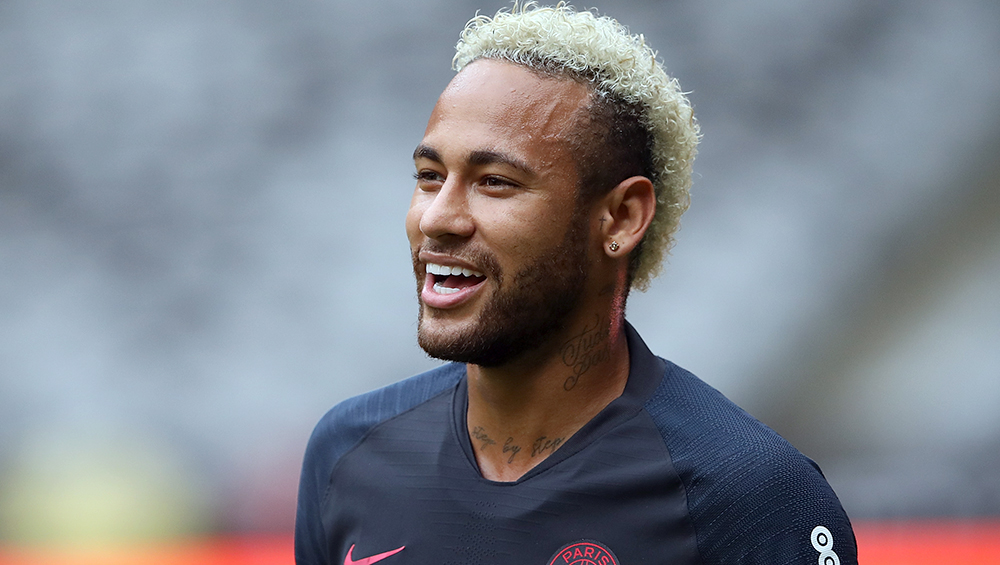 Paris, January 8:  Brazil and Paris Saint Germain (PSG) star footballer Neymar on Tuesday did not keep Cristiano Ronaldo in his dream five-a-side team which had his former FC Barcelona colleagues Lionel Messi and Luis Suarez among others.

Forward Neymar picked Messi, Suarez, his current teammate at PSG Kylian Mbappe and fellow World Cup winner with France Paul Pogba, besides Belgian Eden Hazard who plays for Real Madrid. Cristiano Ronaldo Misses Out On FIFA 20 Team of the Year by EA Games, Lionel Messi Makes it to the List.

Recently, Messi told Neymar that he is ready to quit FC Barcelona and make way for him, if needed, as the Catalan giants are looking to the Brazilian star as a replacement for the Argentine striker, according to reports.

According to France Football as quoted by The Sun, Messi sent a WhatsApp to his former teammate and Paris Saint Germain striker that read: "Only together can we win the Champions League.

"I want you to come back. In two years, I'm leaving, and you'll be alone, you'll take my place."

Spanish giants Barcelona's think-tank also feel that Neymar can fill the shoes of Messi once he is gone, after trying out Antoine Griezmann, Philippe Coutinho and Ousmane Dembele to see if they can step up, as per the Spanish outlet Sport. Cristiano Ronaldo Scripts History After His Hat-Trick Against Cagliari, Becomes the Only Player To Have Hit Hat-Tricks in Italy, England, Spain & World Cup.

Neymar met his former teammates Messi and Luis Suarez at the ex-Liverpool forward's wedding vows renewal service recently. Neymar is reportedly not happy with the French side PSG after he fell out with manager Thomas Tuchel.