Ronaldinho Talks About Lionel Messi’s Early Years at Barcelona, Says ‘He Didn’t Need Anything From Me’ 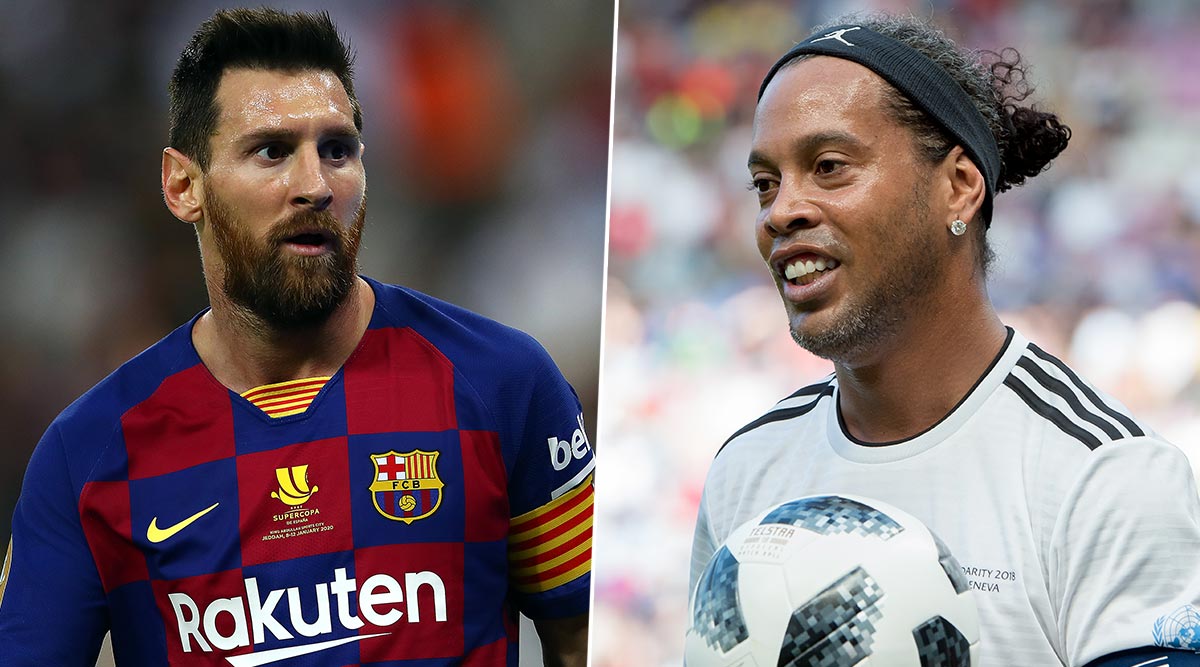 Brazil legend Ronaldinho in a recent interview opened about his relationship with Lionel Messi and Barcelona. The 39-year-old has always been credited of taking a young Lionel Messi under his wing and nurturing him but the former Brazilian forward has stressed that his influence was minimal. Ronaldinho believes that Lionel Messi didn’t need anything from him while he was making his way up in the footballing world. The Brazilian superstar joined Barcelona from PSG in 2003 and was with them until 2008, winning the 2005-2006 Champions League and two La Liga titles in time at the club. Lionel Messi Picks Girona Defender Pablo Maffeo As Toughest Man-Marker He Has Faced.

Ronaldinho in a recent interview with Marca talked about his time at Barcelona and his relationship with Lionel Messi. The Brazilian is often said to take the young star under his wing during his time at the Spanish club but he is adamant that his influence wasn’t needed and the Argentine was already destined to reach great heights. ‘When I arrived at Barcelona, there was already talk of a kid [Messi] who stood out, Then we were friends; we started playing together and we got on very well. He arrived being different to all the others, and we spoke with [Frank] Rijkaard so that he came to train with us - it was all very fast’ the former Brazil international said. ‘I was lucky enough to give him the pass for his first goal. I'd be left amazed by how calm he is. That's something I love about him; he never gets into trouble, he's always with his family and those closest to him'. Ronaldinho added. When asked about his influence on Messi during his early years, the Brazilian said ‘Leo has everything, he didn't need anything from me.’ Barcelona Meet For Team Dinner Organised By New Manager Quique Setien Ahead of La Liga 2019-20 Clash With Granada (See Pics).

The Brazilian scored 94 goals for Barcelona in all competitions during his spell of five-years and was influential in them winning the 2006 Champions League trophy. After leaving Barcelona Ronaldinho has spells at AC Milan, Flamengo and Fluminense.