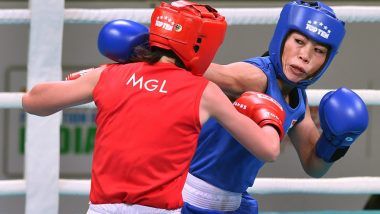 M C Mary Kom claimed a gold in the women's competition but Indian men were denied a complete sweep by traditional powerhouses Cuba and Uzbekistan on an exciting final day of the India Open boxing tournament, here today. Mary Kom (48kg) got the better of Filipino Josie Gabuco 4-1 in a battle of attrition to come up trumps.

The five-time World Amateur Boxing Champion was quite ecstatic with the victory at the Boxing tournament. Mary Kom shared an adorable picture of her three children on her social media account - Facebook - with the post that read, "Three kiddos cheering up for mama!!!" 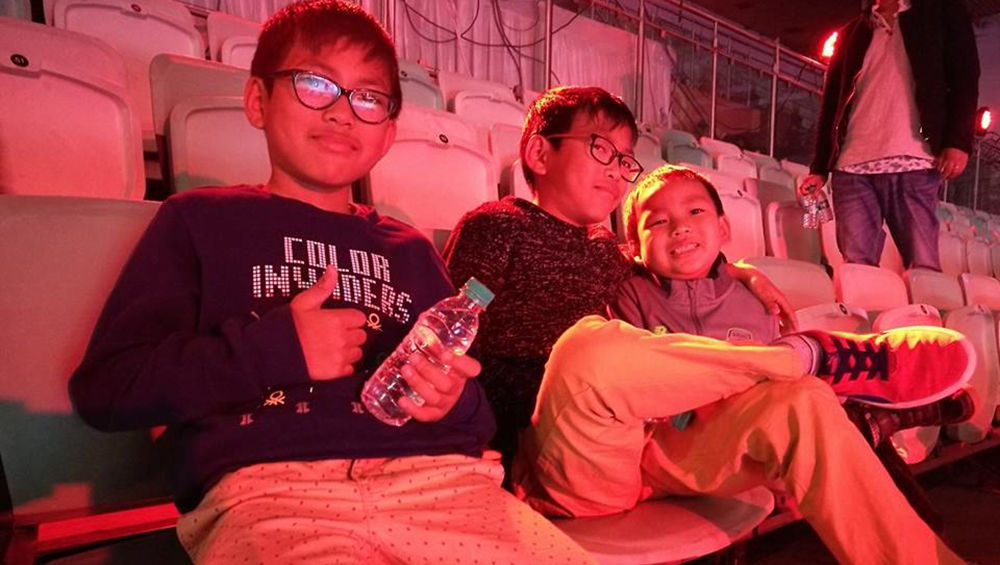 In fact, women stole the thunder from men by picking up five gold medals after men were thwarted by Cuba and Uzbekistan. Pwilao Basumatary (64kg) was the first among them to fetch a gold. The former world and Asian bronze medallist claimed a 3-2 win over Thailand's Sudaporn Seesondee.

The Assam boxer is a regular in the national camp and had claimed a gold medal at the 2015 Nation's Cup in Serbia. She hails from a small village in Kokrajhar where several families were displaced during the 2012 riots. Her family was among those displaced by the violence but has since moved on. Another Assam boxer, Lovlina Borgohain claimed the welterweight (69kg) gold among women, getting the better of compatriot Pooja.

In the evening, Commonwealth Games bronze-medallist PinkiJangra (51kg) registered a unanimous victory over Mongolia'sJargalan Ochirbat. Manisha (54kg) added to the gold rush for women by claiming the top honours in the all-Indian final against M Meenakumari.

But former world champion L Sarita Devi (60kg) settled for a silver medal after losing to Finland's Olympic bronze-medallist Mira Potkenon. Sarita gave her all in the bout but lost on a 2-3decision after Potkenon salvaged a rather rusty performance with a final round flourish.

In the men's draw, Sanjeet (91kg) picked up India's first gold of the day when he upstaged Uzbekistan's Sanjar Tursunov. The Indian matched Tursunov punch for punch in an engrossing contest before getting a split 3-2 verdict in his favour.

National champion Manish Kaushik (60kg), who stunned the world and Asian medallist Shiva Thapa yesterday, didn't have to step into the ring to collect his gold. Manish was given a walkover by his Mongolian rivalBattumur Misheelt, who pulled out owing to a cut sustained on his forehead during his semifinal bout.

Dinesh Dagar took the welterweight (69kg) silver after going down to Uzbekistan's Bobo-Usmon Baturov. In, perhaps, the most entertaining bout of the day, the Uzbek turned on the style against the gritty Indian. With a smile on his face throughout and a mostly non-existent guard, Baturov was every bit a showman as he craftily got the better of Dinesh in a unanimous verdict. To his credit, Dinesh connected a few lusty jabs of his own but Baturov was never really troubled.

Later, Devanshu Jaiswal (81kg) was up against Cuba's David Gutierrez. Although the crowd favorite gave a good account of himself in defensive tactics, the Cuban connected enough with his jabs to score a split 4-1 victory. Former world silver medallist Saweety Boora (75kg) also had to be content with a second place finish againstCameroon's Essaine Clotilde.

Each gold winner in the USD 100,000 event went home richer by USD 2500. The silver and bronze medal winners were presented USD 1500 and USD 500 respectively. (With inputs from PTI).