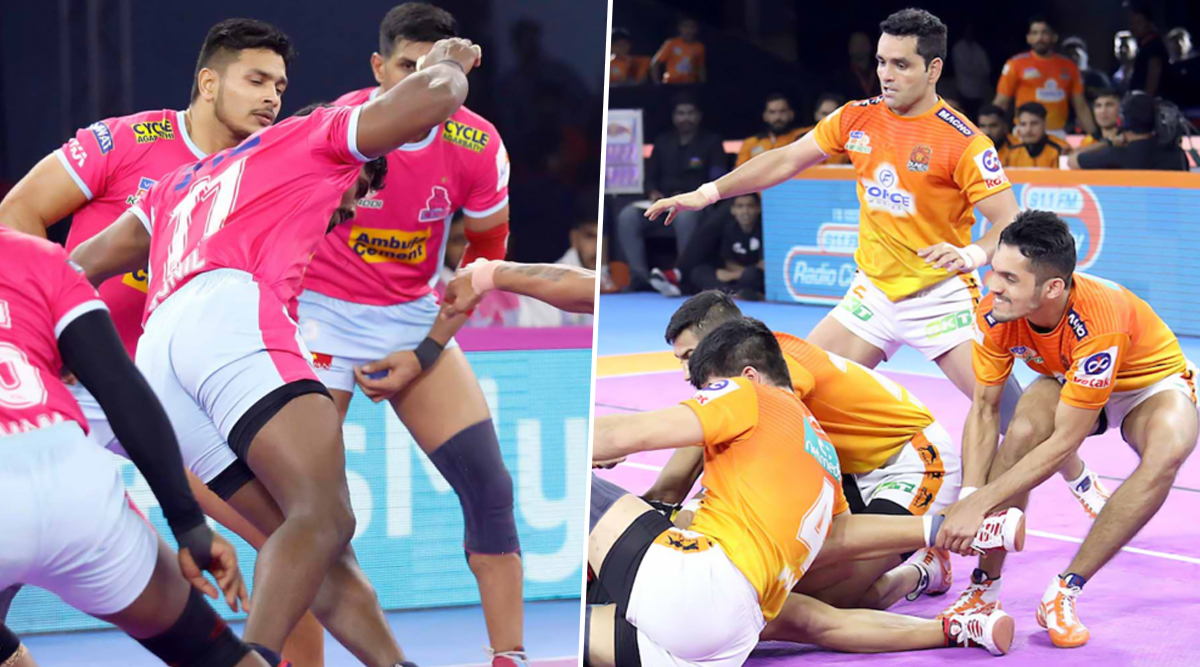 Jaipur Pink Panthers will tussle with Telugu Titans in the 110th match of the VIVO Pro Kabaddi League 2019. The Sawai Mansingh Stadium in Jaipur will host the match will be played on September 27. Before checking out the live streaming and telecast details of the clash, let’s have a look at the performances of both the teams in the ongoing tournament. After a stellar start in the tournament, Jaipur’s form dipped and the team is currently placed at seventh position with eight wins from 53 points. While Telugu Titans had a dismal run throughout the season and currently hold the penultimate positions with 34 points. Jaipur Pink Panthers vs Telugu Titans Live Pro Kabaddi Score Match.

Siddharth Sirish Desai has been the lone warriors in the Titans squad and didn’t put his guards down despite the team’s poor show. The raider has collected 152 points from 17 games which are fifth-most for any raider in the tournament. On the same list, the seventh position is occupied by Jaipur’s skipper Deepak Niwas Hooda who also performed astonishingly in the tournament. Deepak has 134 raid points in 19 games and will look to enhance his tally in the upcoming match. So, talking about the JAI vs HYD clash, let’s focus on the live streaming and telecast details of the match. PKL 2019 Dream11 Prediction for Jaipur Pink Panthers vs Telugu Titans: Tips on Best Picks for Raiders, Defenders and All-Rounders for JAI vs HYD Clash.

The clash between the two sides will be played on September 27, 2019 (Friday). The JAI vs HYD  is scheduled to start at 8:30 pm IST (Indian Standard Time). The Sawai Mansingh Stadium in Jaipur will be the venue of the match.

If you are not able to watch the live-action of the JAI vs HYD  match on TV, you can catch the contest through online streaming. You can visit the hotstar.com website or install the Hotstar app in order to catch the match streaming. Along with that, Fans can also follow JAI vs HYD game in season 7 live score updates on LatestLY.