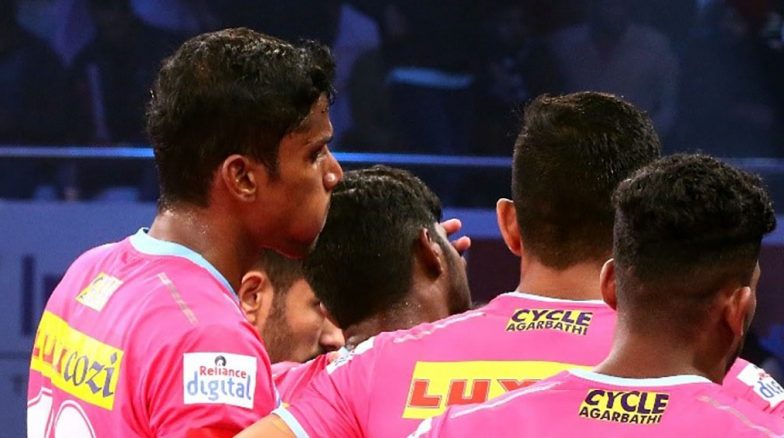 After having a couple of encounters yesterday at the PKL 2018, we have only one game today. The Jaipur Pink Panthers who lost the match only by a couple of points against Gujarat Fortunegiants will play against the Dabang Delhi KC. This will be the last match at the Tau Devilal Stadium in Haryana and the Jaipur Pink Panthers will obviously look to win this one. The Jaipur Pink Panthers are on number five of the PKL 2018-19 points table. The team has 40 points in their kitty. Pro Kabaddi League 2018–19 Schedule Free PDF Download Online: Full Timetable With Match Dates & Timings, Venue Details of VIVO PKL Season 6.

Out of the 20 matches played by Jaipur Pink Panthers, the team won six games and lost 12 and a couple of them ended with a draw. The team lost their last match. On the other hand, Dabang Delhi KC has already qualified for the playoff and has 60 points. Out of the 20 matches played by Dabang Delhi, the team won half of them, losing nine and one of them ending with a draw. Now, let’s check out the live streaming details of the match.