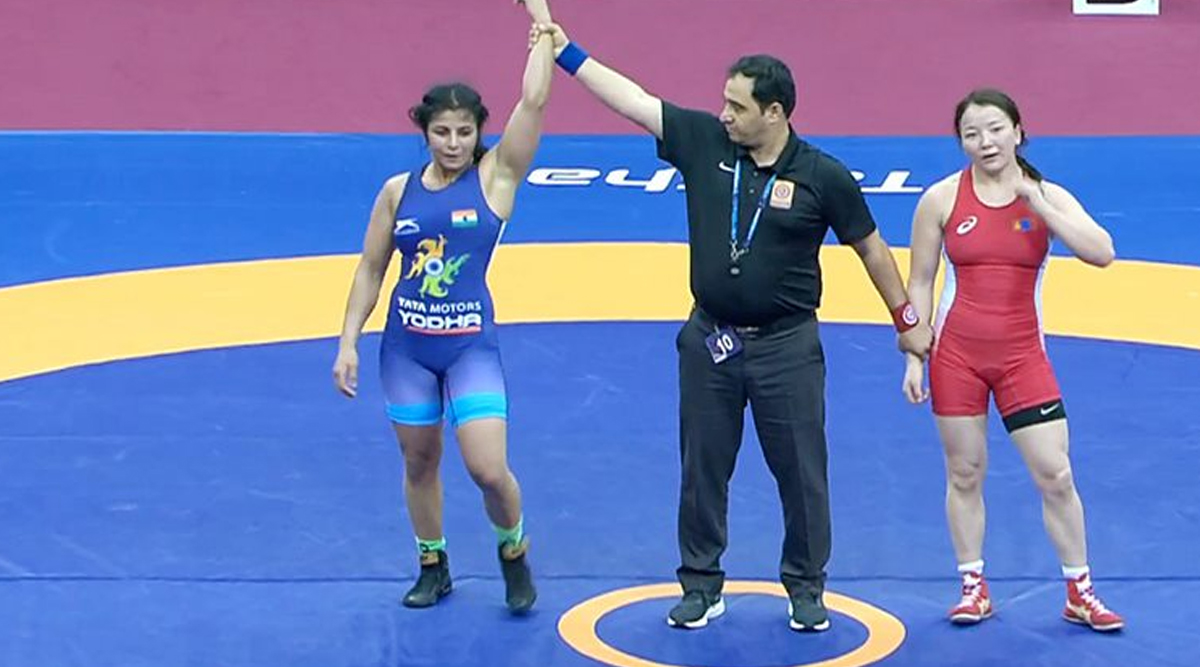 The 23-year-old pugilist was making her first appearance at the Asian event since winning a silver medal in 2017 from 58kg category. Sarita defeated Madina Bakbergenova of Kazakhstan and Kyrgyzstan’s Nazira MarsbekKyzy by technical superiority in her opening two bouts before seeing aside Yuumi Kon of Japan 10-3 in the semis and advance to the final.

Earlier, Divya Kakran became only the second Indian woman to win a gold medal at the Asian Wrestling Championships after a dominant show in which she won all her bouts by fall, including against junior world champion Naruha Matsuyuki.

In a stunning display of power wrestling, Divya won all four bouts in five-wrestler 68kg category, as the competition was fought in the round-robin format. Pinki then beat Mongolia's Dulguun Bolormaa to win the nation’s second gold in the women’s category. Navjot Kaur in 2018 had become the first Indian women to clinch the gold medal at the Asian Wrestling Championships.