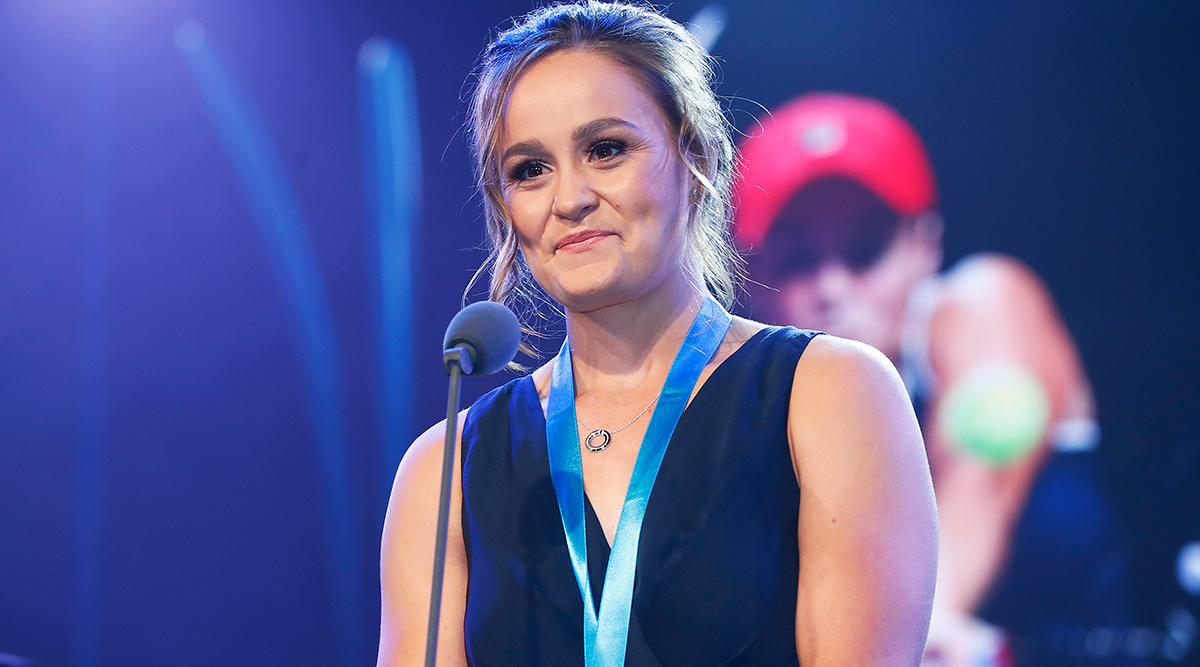 Washington, December 12: The WTA has announced world No. 1 Ashleigh Barty as its Player of the Year. The 23-year-old won four titles from six finals in 2019, including the WTA Finals in Shenzhen and her maiden Grand Slam singles trophy at the French Open. Barty became the first Australian to be named WTA world No. 1 since Evonne Goolagong Cawley in 1976, and recorded the most matches won on tour this season, with 57, reports Xinhua news agency. Ashleigh Barty to Feature in Marketing Campaign to Inspire Australian Girls to Choose Sports.

Barty also advanced to the quarterfinals at the Australian Open and the round of 16 at both Wimbledon and the U.S. Open, becoming the only player to reach the second week at all four Grand Slams in 2019.