After Ebola Outbreak Confirmed in DRC, WHO Planning For 'Worst Case Scenario'

WHO has said it is preparing for "the worst case scenario" as it deals with a recent outbreak of the deadly Ebola virus in the Democratic Republic of Congo (DRC) from spreading any further. 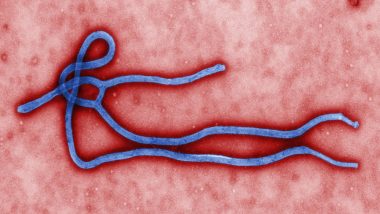 The government of the Democratic Republic of Congo declared an outbreak of Ebola hemorrhagic fever, a rare and deadly disease, on May 8, the World Health Organization (WHO) reported. The declaration came after laboratory results confirmed two cases of the disease in the province of Bikoro in the northwestern part of the country.

WHO has added to the tally saying, “At least 32 'suspected, probable and confirmed' Ebola cases have been registered in the DRC since April.” WHO has said it is preparing for "the worst case scenario" as it deals with a recent outbreak of the deadly Ebola virus in the Democratic Republic of Congo (DRC) from spreading any further.

Yesterday I spoke by phone with the Minister of Health of the Democratic Republic of the Congo @OlyIlunga to discuss the #Ebola response in #DRC. We agreed to ship vaccines as quickly as possible so they can be used to save lives.

The health agency will begin sending vaccines "as quickly as possible" to the northwestern town of Bikoro and surrounding areas, where 18 people are suspected to have died as a result of the virus in recent weeks, WHO Director-General Tedros Adhanom Ghebreyesus said in a Twitter post on Friday. He also confirmed that the government of the DRC has formally asked to use an experimental vaccine being developed by Merck. The WHO has a stockpile of 4,300 doses of the vaccine in Geneva; the company also has 300,000 doses of the vaccine stockpiled in the United States. Merck has given its permission for the vaccine to be used in this outbreak.

“Everything is ready for the vaccine. They want it,” Tedros, who goes by his first name, told STAT in an interview from Kinshasa.

The equipment needed to keep the vaccine at subzero temperatures — the so-called cold chain — was arriving in the DRC on Sunday and would be set up in the next couple of days, he said. By Wednesday or Thursday, the vaccines in Geneva will be sent to the DRC, said Tedros. After that, vaccination of health care workers and people who have been in contact with cases will begin.

Health officials suspect that the high case fatality rate means there may be more Ebola cases already out there, and that this outbreak could have been simmering undetected for some time. “If you have 18 of [34] cases that are fatal, that tells me we don’t know how big the iceberg is — that there’s more that have not been detected yet,” said Daniel Bausch, the director of the UK Public Health Rapid Support Team, who has been advising on the outbreak response.

DRC has a long history with Ebola (unlike the West African countries where the 2014-2015 outbreak started). This would be the ninth known Ebola outbreak to strike DRC, including one that involved five confirmed cases last year.

Ebola virus disease, which most commonly affects people and nonhuman primates (monkeys, gorillas and chimpanzees), is caused by one of five Ebola viruses. The virus is transmitted to people from wild animals and spreads in the human population through human-to-human transmission. The average case fatality rate is around 50%.

(The above story first appeared on LatestLY on May 14, 2018 08:36 AM IST. For more news and updates on politics, world, sports, entertainment and lifestyle, log on to our website latestly.com).