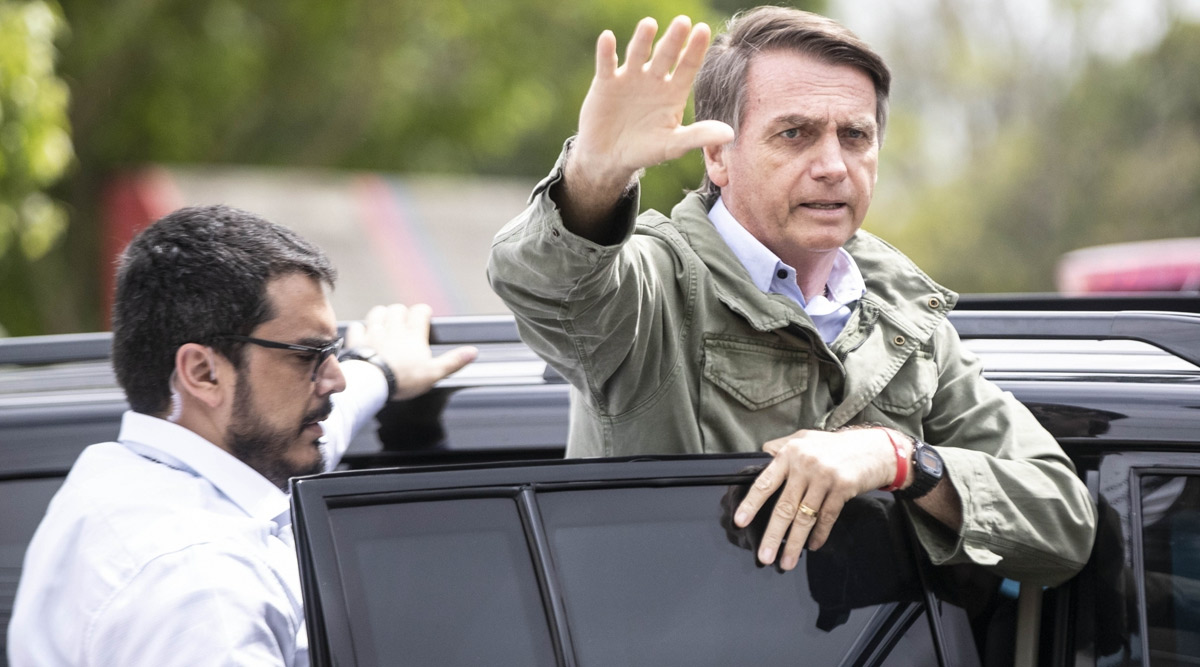 Brasilia, March 31: Following a similar move by the microblogging platform Twitter, social media giant Facebook hs also removed videos in which Brazilian President Jair Bolsonaro challenged the isolation measures to combat the coronavirus pandemic. In a statement on Monday, Facebook that it decided to delete the videos, which were also shared on Instagram, because its policy does not allow "misinformation that could lead to physical harm", reports Efe news. Twitter Blocks Brazilian President Jair Bolsonaro's Brasilia Visit Videos; Violates Health Recommendations To Contain Coronavirus Pandemic.

In the videos, the 65-year-old Bolsonaro was seen talking to a street vendor in Taguatinga, one of the satellite cities of the capital Brasilia, despite the restrictions imposed by various states to stop the spread of COVID-19, which has already left 159 dead and 4,579 others infected

"What I have been hearing from people is that they want to work. What I have said from the beginning is that 'we are going to be careful, the over-65s stay at home'," said Bolsonaro.

He also told people that chloroquine, a medicine used against malaria and other diseases, "is working everywhere", even though its effectiveness against coronavirus has not yet been scientifically proven.

"We remove content on Facebook and Instagram that violates our Community Standards, which do not allow misinformation that could lead to physical harm," the company said in the statement.

Facebook, which owns Instagram, has announced various initiatives to contribute to the fight against the coronavirus, including measures to curb misinformation and "false news" and increase the dissemination of the recommendations of the World Health Organization. The company made the decision to remove Bolsonaro's video just a day after Twitter, which removed two because they "violated the Twitter Rules", In a statement sent to local media, Twitter said it had recently included among its criteria for excluding tweets, content that contradicted public health information from official sources and could put people at greater risk of transmitting COVID-19.