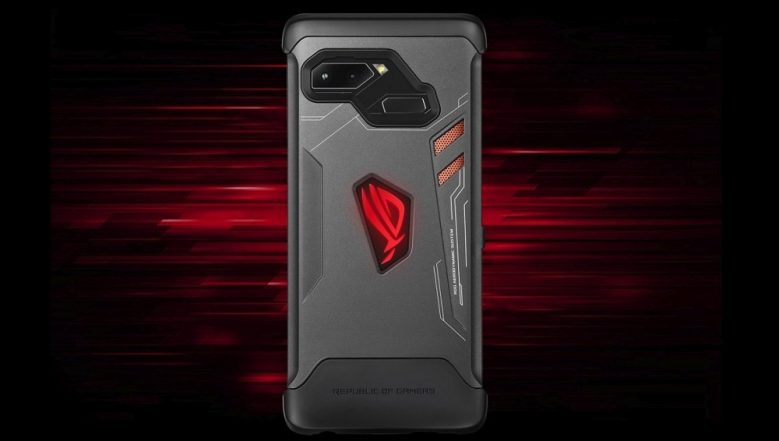 Asus India is gearing up to launch the much awaited Android gaming smartphone - Asus ROG Phone in India. Scheduled to be launched in the domestic market by November 29, the Android gaming smartphone will be retailed online exclusively via Flipkart. As a reminder, the company revealed the first smartphone under the company’s ROG (Republic of Gamers) brand at Computex 2018. Moreover, the Taiwanese tech company has started sending out invites to the media. US Government Warns Other Countries From Using Huawei Products Over Security Concerns - Report.

Going by the invite, the company has just revealed the date for the arrival of the smartphone. However, Asus India has decided to conceal other details like venue and time. We will have to wait for details to come out. The upcoming ASUS ROG Phone is an Android smartphone, which is designed by keeping with gamers in mind.

As far as the specs are concerned, the new Asus ROG Phone comes with a 6-inch full-HD+ display screen. The phone also features 90Hz refresh rate and 1ms response time for blur-free visuals. The ROG Phone can also be turned into a dual-screen console with the help of optional TwinDock accessory. Oppo R17 Pro Smartphone To Be Launched in India on December 4; To Feature Dewdrop Notch & In-display Fingerprint Sensor.

Get ready for the coolest gaming experience ever, literally! The ROG Phone comes packed with the world’s first multi-layer cooling technology in a smartphone. Meet this phenomenon on 29th Nov at @Flipkart https://t.co/ZfTkT2tIuc#GameChanger pic.twitter.com/pcRYGKvfbs

Under the skin, the smartphone comes powered by an octa-core Qualcomm Snapdragon 845 SoC clubbed with Adreno 630 GPU. The chipset will be coupled with an 8GB of RAM with application processing cores overclocked at 2.9 GHz. The smartphone will be offered in 2 variants - 128GB and 512GB.

Backed by a 4000 mAh battery, the smartphone is designed to give seamless and uninterrupted gaming experience. The gaming phone also gets bundled ROG Phone power adapter, which supports ASUS HyperCharge featuring a direct-charge technology that delivers more power up to 20W for safe charging time.

For optics, the Asus ROG Phone comes with dual camera module at the rear wherein the primary sensor is a 12MP shooter while the secondary camera is an 8MP snapper. For selfies and video calling, the smartphone also gets an 8MP shooter.

The flagship model also features two stereo speakers at the front with smart amplifier, virtual surround-sound, and Qualcomm aptX Bluetooth wireless audio. With the help of Snapdragon X20 LTE modem, the gaming phone boasts downlink speeds of up to 1.2Gbps.