Beware! This Kaun Banega Crorepati WhatsApp Lottery Scam Can Make You Lose All Your Money

A new scam has emerged on WhatsApp and scammers are now using the name of Kaun Banega Crorepati to dupe users with a message which showcases a lottery worth Rs 25 lakh. 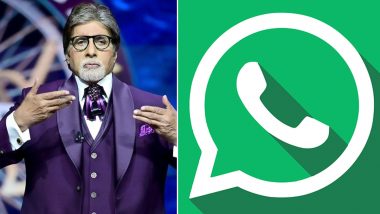 WhatsApp, the instant messaging app is becoming more prone to hacking nowadays. As per a report, a new scam has emerged on WhatsApp and scammers are now using the name of Kaun Banega Crorepati to dupe people. Scammers are said to be based in some foreign countries and attracting Indians with a message which showcases a lottery worth Rs 25 lakh. This WhatsApp message informs the users about winning Rs 25 lakh in a lucky draw. WhatsApp Payments Testing 'Cashback' Feature in India. 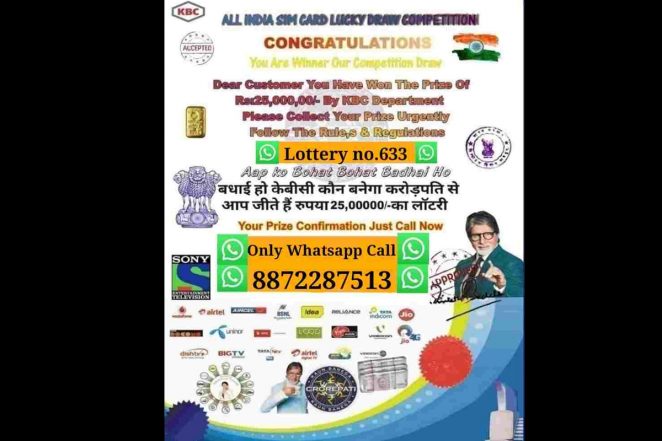 If you have also received such a message then you are advised you to ignore the message as it is fraud. According to a recent report, a Malad, Mumbai resident got trapped in the fake KBC lottery message on WhatsApp. The scammer had promised a payout of Rs 25 lakh. As per the victim, Tarannum Raza had received an audio message from a person claiming to be a member of KBC. There was also a poster message which she had received featuring faces of Amitabh Bachchan, PM Narendra Modi and RIL Chairman Mukesh Ambani.

Unaware of this fraudulent activity, Raza contacted a phone number mentioned in the text message, believing that she would claim her prize. The scammer asked her to pay a processing fee of Rs 25,000 to be eligible to receive the prize. Raza realised that she had been duped for Rs 25,000 after the scammer asked her to pay Rs 45,000 more instead of transferring Rs 25 lakh into her bank account. In the recent episode of KBC, actor Amitabh Bachchan also warned viewers that Sony TV does not ask for any money for KBC and advised them to beware of anyone who demands money.

(The above story first appeared on LatestLY on Sep 30, 2021 06:02 PM IST. For more news and updates on politics, world, sports, entertainment and lifestyle, log on to our website latestly.com).