Meta's current chief of the Messenger division, Stan Chudnovsky, has announced that he will be leaving the company "at some point in Q2 of next year." 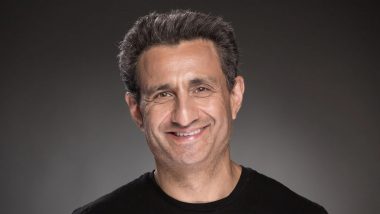 San Francisco: Meta's current chief of the Messenger division, Stan Chudnovsky, has announced that he will be leaving the company "at some point in Q2 of next year." In a Facebook post, Chudnovsky, who joined the company in early 2015, said that he has no plans to retire, but "I am looking forward to taking a good, many months long break." Facebook Messenger Kids App Gets Dark Mode, Games & Voice Effects.

"I've been working nonstop since I was 16, with about two-week breaks between my projects -- always either starting companies, starting a venture fund (NFX) or running companies, merging companies, investing in companies or working at companies," he said in his Facebook post.

As Facebook aims to move towards metaverse, several high-profile executives have quit the company. Last week, Meta's cryptocurrency head David Marcus announced that he will be leaving the company at the end of the year. Fellow project founder Morgan Beller left the company in September 2020 to go into venture capital.

Kevin Weil, another one of the project founders, left in March to join Planet, a San Francisco company with a fleet of satellites that take photos of the earth once every day, providing users with imagery that demonstrates how the earth changes. Chudnovsky's colleague Loredana Crisan will take over his role at Facebook Messenger. Crisan joined the Messenger team in 2016 and previously led design at Indiegogo.

(The above story first appeared on LatestLY on Dec 08, 2021 11:32 AM IST. For more news and updates on politics, world, sports, entertainment and lifestyle, log on to our website latestly.com).