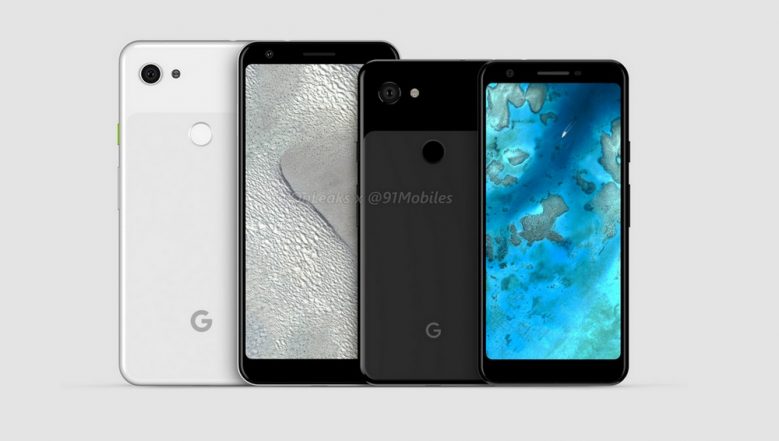 Google launched new generation Pixel devices – Pixel 3 and Pixel 3 XL in the global market earlier this year in October. Now, the American tech giant is planning to bring more affordable version of its flagship device. There have been several rumours in the market regarding the affordable Pixel devices in the market for quite some time now. Moreover, new render images of the Pixel 3 Lite and Pixel 3 XL Lite surfaced on the internet giving a fair bit of idea about the devices. Now, a new report have emerged online hinting that Google might launch the toned-down versions of Pixel 3, Pixel 3 XL smartphones by early next year. Best Five Smartphones Launched During 2018 in India; Apple iPhone XS Max, Google Pixel 3, OnePlus 6T, Samsung Galaxy Note 9 & Huawei Mate 20 Pro.

Moreover, AndroidPolice also claimed that Google might be launching the new Pixel 3 Lite and Pixel 3 XL Lite by early next year. However, there is no exact timeframe of the launch. Additionally, the report alos claims that the company will be launching the new devices in collaboration with Verizon Wireless, which is the largest carrier in the US. It remains to be seen when Google will launch the affordable Pixel devices in other regions across the globe. Beware of Fake Apps! Quick Heal Spots Fake Android Applications in Google Play Store.