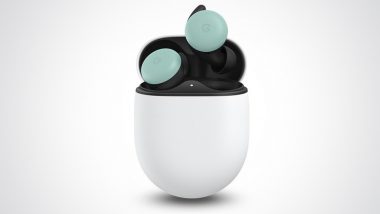 Google Pixel Buds A-Series has been accidentally leaked online once again. The device was reportedly spotted on Android's official Twitter account. The tweet has now been deleted but a user on Twitter managed to get the screenshot of the same. This is not the first time that Google Pixel Buds A have been leaked. Last month, the device was spotted in a dark green colour with a charging case. Google Accidentally Leaks an Image of Pixel Buds A: Report. 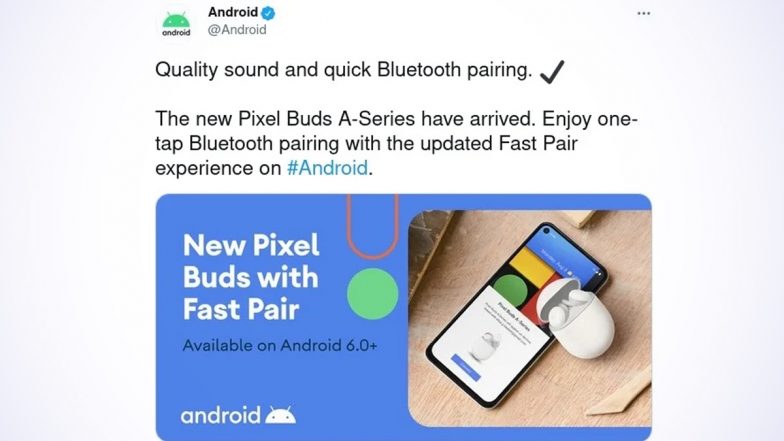 As per the Android Twitter account, Pixel Buds A-Series will offer one-tap Bluetooth pairing with the updated Fast Pair experience on Android. As per a report, Fast Pair is a feature that uses Bluetooth Low energy and a device's location to find compatible Bluetooth devices in range. The Fast Pair feature will reportedly register all connected Bluetooth accessories to the Google account which then syncs with all the Android devices connected to that Google account.

The tweet also reveals Pixel Buds A Series with a charging case in a White colour that looks identical to the previous Google Pixel Buds. The true wrieless earbuds is rumoured to come in multiple colours including Green. Apart from this, nothing has been revealed. We expect the company to release several new teasers before its official launch.

(The above story first appeared on LatestLY on May 05, 2021 10:41 AM IST. For more news and updates on politics, world, sports, entertainment and lifestyle, log on to our website latestly.com).