itel is expected to unveil a range of new 4K Android TVs in July for Indian consumers. It has revealed some of the important features of the new television range. 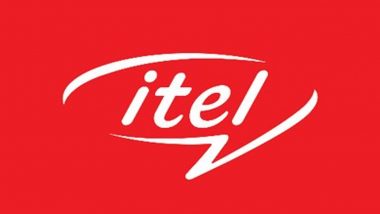 New Delhi: itel is expected to unveil a range of new 4K Android TVs in July for Indian consumers. It has revealed some of the important features of the new television range. Here is what we know so far. The new television will have a big screen and ultra-bright display. We can certainly expect a 55-inch variant. However, there could be other sizes as well, industry sources told IANS on Tuesday. itel Magic 2 4G Feature Phone Launched in India at Rs 2,349.

The new android television portfolio is likely to be aesthetically better and will come equipped with better technological features such as a better processor, powerful sound quality through 24W Dolby audio along with the latest android version. It is expected that the latest Android TVs will target the upper-middle-income group, residing across the country who are quality seekers and are looking for an upgrade or planning to buy an additional TV in their house, sources said.

The bigger the better. Get ready to welcome the future of home entertainment and make your life sahi.

Last year, itel forayed into the TV segment and is consistently adding better and bigger variants to its portfolio. The I-series range from itel has witnessed massive success in the market with its premium and solid technology features. The company has also launched Android TVs in March under its G-series. The brand has been registering its progression from mobile phones to Home entertainment by expanding its TV portfolio.

One of the interesting facts of itel is that it talks about its TV features in a user-friendly language making it easier for its consumer base to understand. itel has already established its leadership in both the smartphone and feature phone segment and has already achieved a huge consumer base of 7cr+ customers.

(The above story first appeared on LatestLY on Jun 23, 2021 02:16 PM IST. For more news and updates on politics, world, sports, entertainment and lifestyle, log on to our website latestly.com).