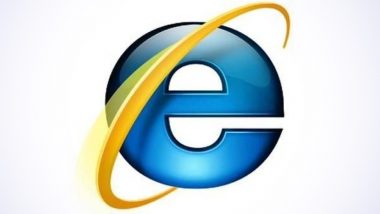 "With Microsoft Edge capable of assuming this responsibility and more, the Internet Explorer 11 desktop application will be retired and go out of support on June 15, 2022, for certain versions of Windows 10," the company said in a statement on Wednesday.

Internet Explorer was once the most widely used web browser, attaining a peak of about 95 per cent usage share by 2003. Its usage share has since declined with the launch of Firefox (2004) and Google Chrome (2008), and with the growing popularity of mobile operating systems such as Android and iOS that do not support Internet Explorer.

(The above story first appeared on LatestLY on May 20, 2021 12:08 PM IST. For more news and updates on politics, world, sports, entertainment and lifestyle, log on to our website latestly.com).