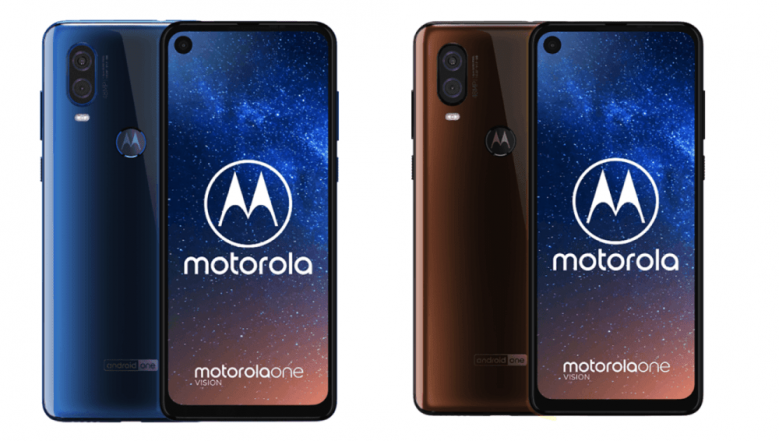 Motorola is all set to launch the much awaited Motorola One smartphone in Brazil market on May 15. Ahead of the launch, a new set of press renders were leaked online which revealed all-new Blue colour that will be seen on the upcoming handset. With less four days left in the launch, Motorola One Vision's full specifications has been leaked online that reveals the company will also be introducing Motorola Verve earbuds. According to the speculations, the company is expected to price new Motorola One Vision at EUR 299 (around Rs 23,500) in Europe. Oppo Reno Series India Launch Scheduled on May 28; Expected Price, Features & Specifications.

Moreover, the smartphone will be made available for sale from May 16. The phone will be seen in two exciting shades - Blue and Brown colour options. Coming to the design, the new Motorola One Vision will sport a curved glass rear body featuring a dual cameras.

The device will feature a 6.3-inch punch-hole display with FHD+ resolution of 2520 x 1080 pixels and aspect ratio of 21:9. Likely to be the first non-Sony smartphone with 21:9 display, Motorola calls it as CinemaVision display with a circular cutout on the top left corner for the front-facing camera. The new smartphone from Motorola will employ Samsung's Exynos 9609 octa-core chipset. The SoC will be mated to 4GB of RAM and 128GB internal space for the European market. The dual-SIM smartphone will run the latest version of Android Pie out of the box. OnePlus 7 Pro Buzz: Netflix Reveals Sacred Games 2 Official Poster Images Captured On OnePlus' Upcoming Smartphone' Watch Video.

For photo and videos, the Motorola One Vision will sport dual camera module at the back which will feature 48MP main sensor with f/1.7 aperture and a 5MP depth sensing lens. Moreover, the company is also expected to bring OIS along with 4K video shooting @ 30fps. At the front, the handset is expected to sport a 25MP selfie camera. The handset reportedly will be shipped with 3,500 mAh non-removable battery with TurboPower fast charging support. For connectivity, the phone will include 4G VoLTE, Wi-Fi, Bluetooth 5.0, GPS, 3.5mm audio jack, and a USB Type-C port.