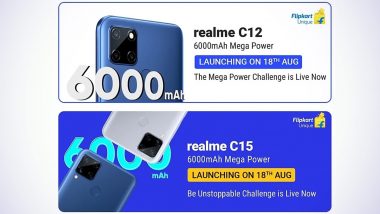 The Realme C12 and Realme C15 smartphones are all set to be launched in India on August 18, 2020. The company took Twitter to announce the official online launch event date of new phones that will be launched under the Realme C Series. The launch event will begin at 12.30 pm IST & will be streamed online via Realme's official YouTube channel as well as social media accounts.  Not much information is available about Realme C12 phone. Realme C15 With MediaTek Helio G35 SoC Launched; Check Prices, Features, Variants & Specifications.

As far as Realme C15 is concerned, the device was launched in Indonesia last month. Realme C15 is likely to feature a 6.5-inch HD+ LCD multi-touch mini-drop fullscreen display with a resolution of 1600x720 pixels. Expected to be powered by MediaTek Helio G35 chipset, the mobile phone might be offered with up to 4GB of RAM & up to 128GB of internal storage. 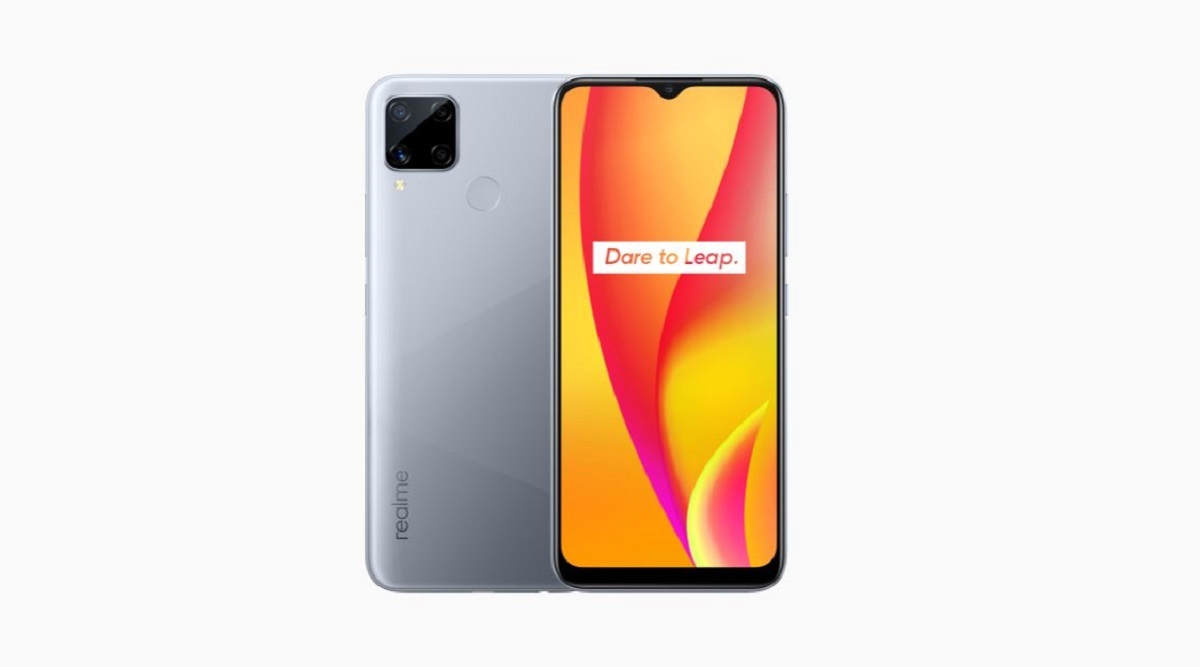 We don’t call it Mega unless it is 6000mAh. Changing the way users entertain themselves with the addition of #realmeC15 & #realmeC12 to the #realme C series. These new smartphones are designed to maximise your day.

For photography, the handset could come equipped with a quad rear camera system sporting a 13MP main camera, an 8MP ultra-wide-angle lens, a 2MP retro lens, a 2MP B&W lens. For selfies & video calls, the company may provide an 8MP AI snapper at the front. The phone might pack a 6,000mAh mega battery with 18W quick charging support. 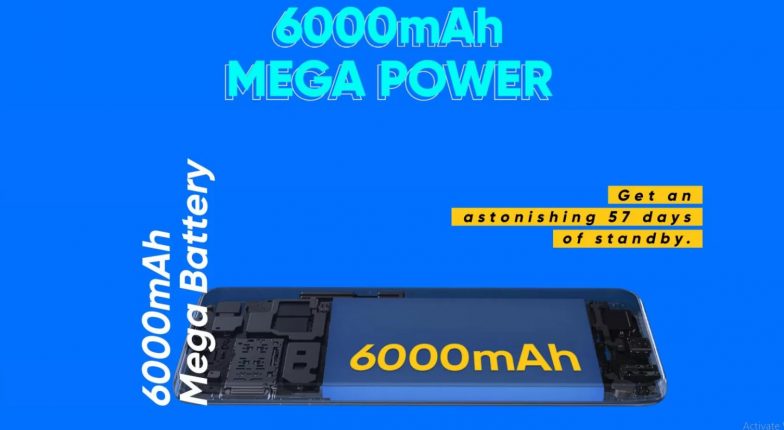 The Realme C15 is likely to run on Android 10 based Realme UI operating system. 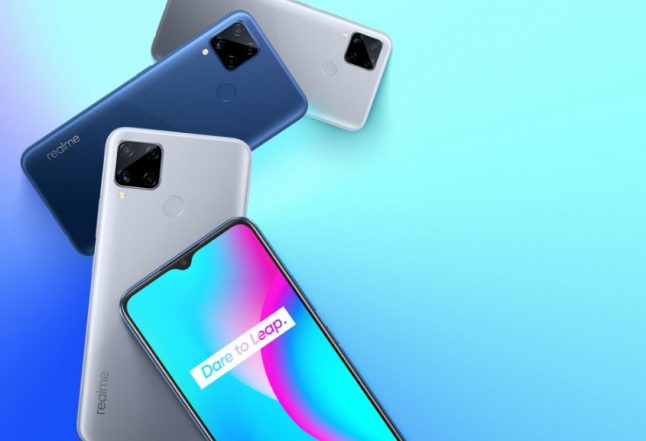 (The above story first appeared on LatestLY on Aug 12, 2020 12:41 PM IST. For more news and updates on politics, world, sports, entertainment and lifestyle, log on to our website latestly.com).