While the discovery is surprising, researchers still do not know the plants and whether they were grown in the same area where they excavated the artefacts from. 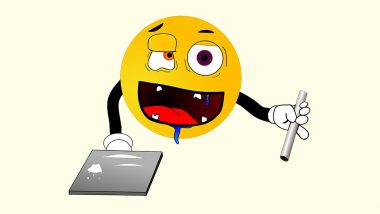 Archaeologists are known to uncover some of the deepest secrets quite literally! Each excavation or objects that are uncovered take back in past and reveals some things unknown to the world yet. And while the finding of skeletal remains, fossils, clues of ancient life isn't too surprising, the recent study by a team of researchers from the University of Berkeley is shocking. A Californian archaeologist Melanie Miller was studying a pouch found positive traces for cocaine and other hallucinogenic drugs! In fact, they have uncovered a drug kit from the pouch that was excavated from Bolivian region. These findings have been published in Proceedings of the National Academy of Sciences.

Researchers are calling the pouch a 'ritual bundle' which was found in the  Lipez Altiplano region of southwestern Bolivia. As per the team, it dates back to the pre-Inca Tiwanaku civilization. The pouch contained a number of psychotropic substances. While conducting an excavation for ancient artefacts in Bolivia, they came across this bag made of three fox snouts. They found tablets for grinding plants and crude tube which was probably used as pope for smoking. "This is the largest number of psychoactive substances ever found in a single archaeological assemblage from South America," said Jose Capriles, assistant professor of anthropology at Penn State. 5000-Year-Old Mummified Cats Uncovered From Egyptian Excavation Site in Cairo, View Pics.

While the discovery is surprising, researchers still do not know the plants and whether they were grown in the same area where they excavated the artefacts from. Did these plants reach the area via a trader or someone got it from their own discovery is still to be revealed. But it definitely adds to the evidence that psychotropic plants were consumed as drugs. It is indeed surprising that humans who live almost 1,000 years ago had similar vices that people have today.

(The above story first appeared on LatestLY on May 09, 2019 07:47 PM IST. For more news and updates on politics, world, sports, entertainment and lifestyle, log on to our website latestly.com).