The new research states that aliens may have existed beneath the surface of the red planet, as the chemical composition of microbes underneath facilitate their survival. 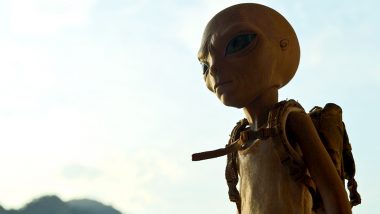 The search for extra-terrestrials continues with scientists working hard to find any trace of their existence. Now a new study points out that the aliens may have existed as we saw in some movies as Martians! The new research states that aliens may have existed beneath the surface of the red planet, as the chemical composition of microbes underneath facilitate their survival. So do they continue to exist now? Well, no. These Martians are likely to have resided underground the Mars surface almost 4 billion years ago. Tiny Lab to Search for Alien Life on Mars Will Be Launched in July 2020.

This is not the first theory which points to aliens on Mars, there have been several conspiracy theories which have studied the surface of the red planet and tried to find alien existence. The new study by Brown University scientists studied the composition of the underground surface, which is likely to take the form of microorganisms like that on Earth. These were microscopic beings which lived beneath the surface with the help of hydrogen power. Aliens To Contact in the Next 15 Years? Watch the Video of 7 Recent UFO Sightings.

Planetary expert Jesse Tarnas has said, "Conditions in this habitable zone would have been similar to places on Earth where underground life exists." So they have expressed the possibility of life very much in existence on the planet. They also tried to answer where did these life forms get the energy for survival? They did a radiolysis of the Mars surface and found radioactive elements thorium and potassium in the crust of Mars. They calculated the amount of uranium in the Mars soil. They also next found the water content on the Martian crust. They concluded they were in the exact amount to let the Martian microbes survive.

The surface of this microbe existence was almost 7 kms underneath where the radiolysis was conducted. The researchers are not most definitely saying that life existed on Mars but the finding is important to know that life is very much capable of surviving on the red planet.div>

(The above story first appeared on LatestLY on Sep 26, 2018 10:58 AM IST. For more news and updates on politics, world, sports, entertainment and lifestyle, log on to our website latestly.com).