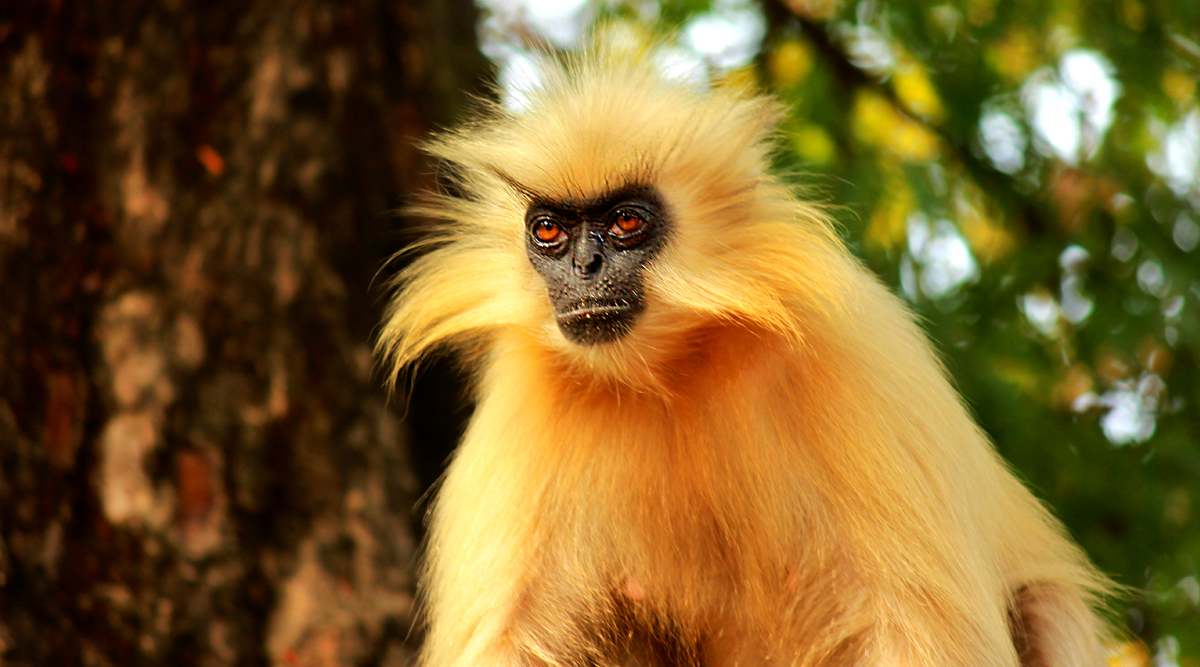 The human expansion and development have had an effect on the animal kingdom with many species becoming extinct. Now another animal has been added to that list, the Golden Langur. The last surviving of the species from Assam's Umananda island has passed away in the last week. Gobinda, was the lone survivor of his species on the island on the Brahmaputra passed away. The cause of this Langur's death is not yet known but maybe after the postmortem, it would be more clear. Viral Video of Female Langur Studying With Kids at School in Andhra Pradesh Is Spreading Happiness on the Internet! (Watch Video).

Gobinda lived on the island alone for months. AAs per reports in Assam Tribune, some years ago the river island had a healthy population of these primates but it went down to just five. It also said that some conservationists said it could be a physical ailment, prolonged loneliness and depression suffered by the primate could've shortened its life. This species of golden langurs are endemic to a very small region in Assam and on the foothills of the Himalayas in Bhutan. Gee's golden langur as they are also called has been on the list of most endangered primate species of India. Francois' Langur, One of The World's Rarest Monkeys, Born at Sydney's Taronga Zoo in Australia.

Here's a Tweet About The Extinction of Golden Langur:

Golden langurs are critically-endangered species which is endemic to Bhutan and some parts of western Assam. One of the most endangered primate species of India, more closer to extinction. PC Internet. pic.twitter.com/LnR5I4Juds

These golden langurs have been in the list of endangered animals in the world from the year 2016. As per reports in HT, a pair of golden langurs was introduced in Umananda in 1984. Dilip Chetry, head of primate research and conservation division of Aaranyak, a prominent Guwahati-based NGO was quoted, "The pair gave birth to its first baby in 1990. Over time they bred 6 more times and the population increased to eight in 2002. At its maximum, there were 11 golden langurs in Umananda."

A Little More About Golden Langurs:

These golden-coloured fur primates were first brought to notice by naturalist E.P. Gee in 1950s. They were reported in 1907 as "cream coloured langur" in the previous records. The coat of an adult langur ranges from cream to golden, with the chest hair dark and rust coloured. They have a black face and a long tail and it is noted that the fur colour changes according to the seasons. They were found in a very limited region in Assam and regions of Black Mountains of Bhutan.