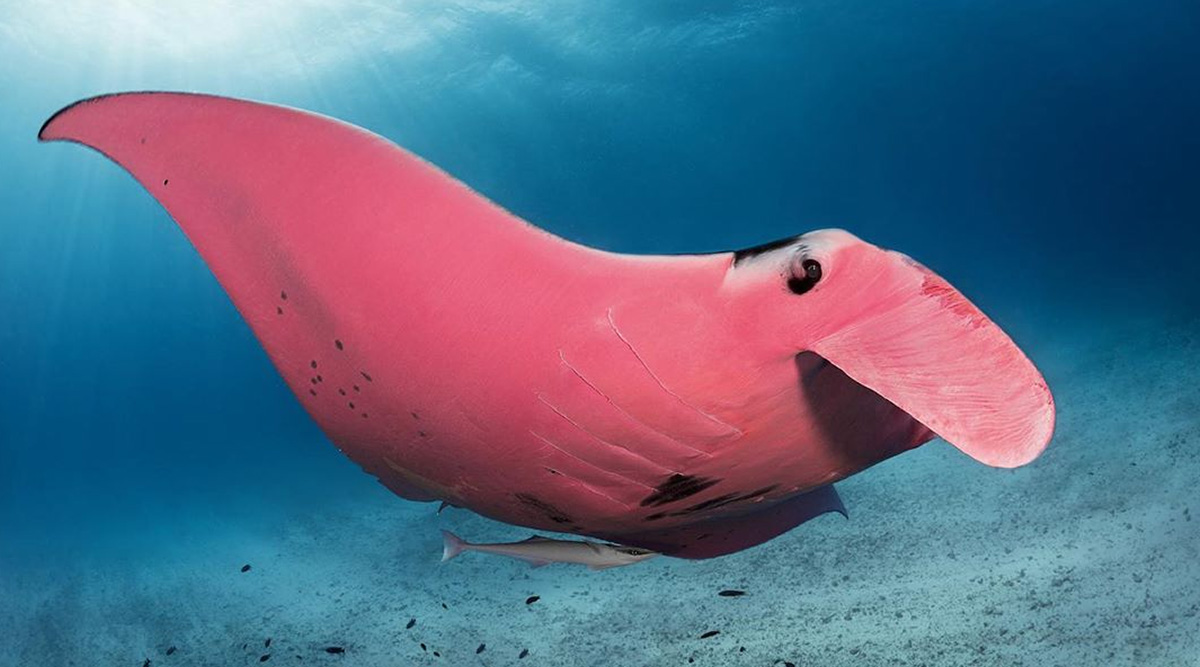 The marine ecosystem is so full of surprises with new species of fishes and creatures being discovered. Recently, one of the rarest, a pink coloured manta ray fish was captured on camera swimming off the Great Barrier Reef. It is believed to be the only one in the world with an entirely pink hue on it. Because of its pink shade, it has been dubbed as Inspector Clouseau after the detective from Pink Panther series. This pink colour has even left scientists baffled, wondering how the fish gets its colour. There are no concrete answers as yet as to how this manta is pink. Fish That Can Walk Accidentally Discovered in Tasmania: One of the Rarest Fish in the World.

Finnish photographer Kristian Laine captured this rare fish on her camera last month. Talking about the stunning fish she was quoted to Australian Geographic, "At first I was very confused. I actually thought my strobes were playing up making the manta look pink." These pictures were taken near Lady Elliot Island on the reef. The reason behind its colour is still not clearly known but soon as the pictures were shared online, they are going viral. Giant Manta Ray Begs Diver at Ningaloo Reef to Save Her Eye From Fish Hooks, Watch Video.

A Few More From The Same Sighting

Although this is not the first time the fish was captured, but it was last seen in the year 2015 by dive instructor Ryan Jeffery. Scientists have based that the fish gets its pink tinge from some sort of a skin infection. But Laine was incredibly lucky to have sighted this fish because from the year 2015 it has been spotted just about eight times. She said, "I felt amazed afterwards but also felt like when I was in its eye level I felt like he was smiling at me."