Sony has released a new beta update for the Playstation 5, which introduces new features such as improved settings menu UI along with a new voice assistant. 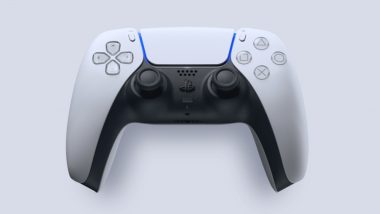 New Delhi: Sony has released a new beta update for the Playstation 5, which introduces new features such as improved settings menu UI along with a new voice assistant. In an official blog post, Sony has confirmed that it will start testing a new "Hey PlayStation" voice control feature for the PlayStation 5. Sony PS5 Restock in India: Reliance Digital & ShopAtSC Sites Crash Due to Overwhelming Demand for Gaming Console.

The voice command preview will only be available in the UK and the US, but it is likely that it will be available globally once the feature is out of the beta stage. Players selected to participate in the betas will receive email invitations when the updates are available to download.

It will allow players to open apps, games, and settings on their consoles with a simple voice command. There will also be changes introduced to party chats. Voice chats are now called "Parties" and users will get to choose to open a party to enable other players to join without an invite.

There are two sorts of parties now available on both PS4 and PS5 which are called open parties and closed parties. In the open party feature, anyone who is a friend on Playstation can join. Similarly, in closed parties, only selected players with an invite can join. PS5 also gets a few UI-based updates with the beta update, which now allows users to filter the game collection by genre, and more.

(The above story first appeared on LatestLY on Feb 10, 2022 11:34 AM IST. For more news and updates on politics, world, sports, entertainment and lifestyle, log on to our website latestly.com).