'World Wide Web is Not the Web We Wanted', Says Founder Tim Berners-Lee at 30th Anniversary of WWW 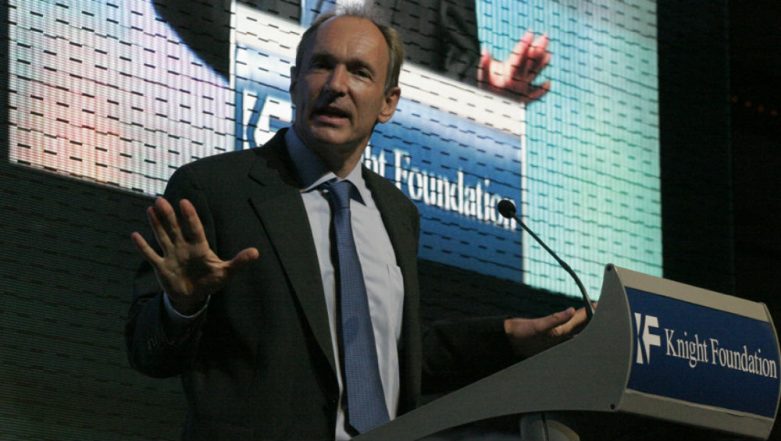 Geneva, March 12: At the 30th anniversary of the World Wide Web (WWW), its founder (Sir) Tim Berners-Lee, speaking at a “Web@30” conference at CERN said that, “Whoops! The web is not the web we wanted in every respect.” The World Wide Web founder's remark comes in the backdrop of the web suffering from problems such as hate speech, privacy concerns and state-sponsored hacking. World Wide Web Turns 30! Google Dedicates Doodle to Celebrate Momentous Occasion.

Tim Berners-Lee on Tuesday joined a celebration marking the 30th anniversary of the of the Web. He also recalled his days at CERN- the European Organisation for Nuclear Research, where he made his invention starting with a proposal which he published on March 12, 1989.

Berners also questioned the growing centralisation of the Web. He added that a "few big players" have become the gatekeepers and are controlling things. Tim Berners-Lee made a special mention of the 'ad' culture on the web and said that the profiling done by web through surveillance is used for "targeting" people for ads and that it was never the original idea behind inventing the World Wide Web.