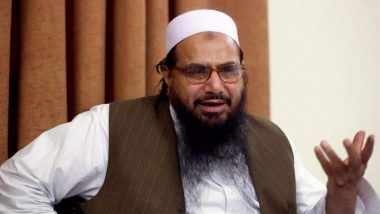 All of them are UNSC's enlisted terrorists and are currently facing sentences ranging one to five years in Lahore jail for terrorism financing cases. Pakistani media reported that one of the JDU leaders appealed to the UN for restoring their bank accounts so that they can run their families.

Hafiz Saeed is a co-founder of LeT and the chief of JuD, operating mainly from Pakistan. The United States had announced a bounty of $10 million on Sarrd for his alleged role in Mumbai attacks in 2018 that killed 164 civilians. He is listed on the NIA Most Wanted List and UN-designated terrorist.

(The above story first appeared on LatestLY on Jul 12, 2020 02:39 PM IST. For more news and updates on politics, world, sports, entertainment and lifestyle, log on to our website latestly.com).