Nepal government has imposed a total ban on the import of 10 luxurious goods until mid-July 2022 after the countrys economic crisis deepened. 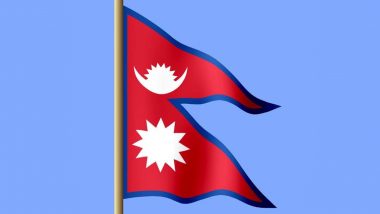 Kathmandu, April 27: Nepal government has imposed a total ban on the import of 10 luxurious goods until mid-July 2022 after the countrys economic crisis deepened.

The measure has been taken to stop further depleting the country's foreign exchange reserve. According to a notice issued in the Gazette on Wednesday, the goods whose import has been banned include cigarettes and tobacco-related products, diamonds, mobile phone sets, colour TVs with screens bigger than 32 inches, automobiles except for ambulances and hearses, motorcycles above 250cc, toys of all kinds, alcoholic beverages and playing cards.

According to the Ministry of Industry, Commerce and Supplies, the ban will not apply to those who complete the banking process before April 30. Besides this measure, the government has taken other steps to check the foreign reserve from depleting further. India and Nepal Unveil Joint Vision into Bilateral Cooperation in Power Sector.

Earlier in the first week of this month, Nepal's central bank had issued a directive to the traders to "discourage" them from opening letters of credit (LC) to import non-essential goods in an effort to stem the outflow of the country's rapidly depleting foreign exchange reserves.

Ballooning imports in recent months have led to massive amounts of foreign currency going out of the country, pushing the balance of payments into the red and raising concerns of a crisis. The central bank has discouraged the traders not to import 300 different items besides banning the opening of letters of credit.

According to the central bank, an immense portion of bank loans has gone into paying for imports, so the country is short of money to finance economic activities needed to recharge the economy devastated by Covid-19.

In case they needed to open letters of credit, the traders need to keep a 100 per cent margin amount to open them to import alcoholic drinks, tobacco, silver, furniture, sugar, sweets, glucose, mineral water, energy drinks, cosmetics, shampoos, hair oils and colours, caps, footwear, umbrellas and construction materials such as bricks, marble, tiles and ceramics, among others.

Imports jumped by 42.8 per cent to Rs 1.14 trillion during the first seven months of fiscal 2021-22, against an increase of 0.01 per cent last year. Purchases of petroleum products, medicine, crude palm oil, crude soybean oil, transport equipment, vehicles and parts, among others, have increased sharply.

According to NRB, the country has a foreign currency reserve that is enough to meet its import expenses only for the next six months. Currently, the country has a foreign currency reserve of just $9 billion. Gross foreign exchange reserves had plunged by 16.2 per cent to Rs 1.17 trillion as of mid-February 2022, down from Rs 1.39 trillion in mid-July 2021. Nepal Curbs Import of Vehicles and Other Essential Goods Amid Dwindling Foreign Exchange Reserves.

Similarly, the government of Nepal has also decided to announce public holiday on Saturday and Sunday in order to limit government-owned vehicular movement so that consumption of petroleum products reduce. The import of petroleum product consumes the larger chunk of imports of the country.

According to the Department of Customs, Nepal's imports soared by 38.64 per cent year-on-year to Rs 1.30 trillion in the first eight months of the current fiscal year ended mid-March. The total trade deficit rose by 34.50 percent to Rs 1.16 trillion during the period under review.

(The above story first appeared on LatestLY on Apr 27, 2022 04:25 PM IST. For more news and updates on politics, world, sports, entertainment and lifestyle, log on to our website latestly.com).