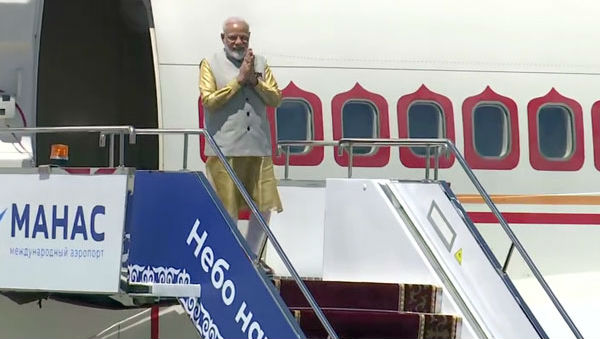 Modi is scheduled to hold bilateral meetings with Chinese President Xi Jinping and Russian President Vladimir Putin on the sidelines of the Summit on Thursday. After the meetings, Modi will join an informal dinner hosted by Kyrgyz President Sooronbay Jeenbekov for the SCO leaders.

It will be the first time that the Prime Minister will share the same table with his Pakistani counterpart Imran Khan amid strained relations between the two neighbours since the February 14 Pulwama terror attack. India has already clarified that there will be no official meeting between Modi and Khan. Donald Trump, Chinese President Xi Jinping to Meet at G-20 Summit in Japan.

Later in the evening, the Prime Minister will hold a bilateral meeting with Afghan President Ashraf Ghani. Modi, who will address the Summit tomorrow, is expected to focus on terrorism. He will hold bilateral talks with Jeenbekov after the Summit ends. The Prime Minister will return on June 15 evening. In 2017, India and Pakistan became full members of the SCO.Founded in 2001, China, Kazakhstan, Kyrgyzstan, Russia, Tajikistan, and Uzbekistan are the founding members of the organisation.