The partial solar eclipse will be visible from Antarctica and South America. It will not be visible to those in India. Scientists close to the South Pole will be able to witness the entire eclipse. 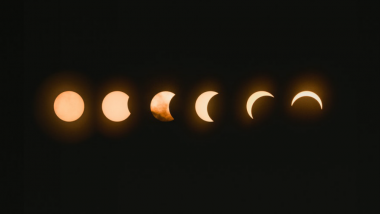 Where will Solar Eclipse 2018 be visible?

On February 15 partial solar eclipse can be completely seen from Antarctica East of Antarctic Peninsula which is famous for being the home of most research bases. Astronomy experts in immediacy to the South Pole will be able to enjoy the entire phenomena. Those in the south of Rio Gallegos and in Falkland Islands too will be able to witness the solar eclipse.

The countries from where the partial solar eclipse will be visible are Argentina and Chile, along with the southernmost parts of Paraguay, Uruguay and Brazil. According to media reports, this partial solar eclipse will be seen for close to 2 hours as the event is expected to begin at 05:43 pm and end by 07:34 pm; according to the local time in the Antarctic Peninsula.

The end of the eclipse will cover two large cities of Argentina and Uruguay. Their capitals Buenos Aries and Montevideo will witness the partial solar eclipse between at 06:36 pm till 07:13 pm according to their local time respectively.

Another solar eclipse is expected to occur on August 11 and sadly that too will not be visible in India. If you decide to watch the solar eclipse, it is recommended to carry the suitable equipment. According to NASA, looking at the sun without eye protection is unsafe. Eclipse watchers are highly recommended to wear a protective eclipse glasses. Paparazzi carry a pinhole camera to catch this event, while those capturing images and video must consider solar filters for their devices.

(The above story first appeared on LatestLY on Feb 14, 2018 01:39 PM IST. For more news and updates on politics, world, sports, entertainment and lifestyle, log on to our website latestly.com).