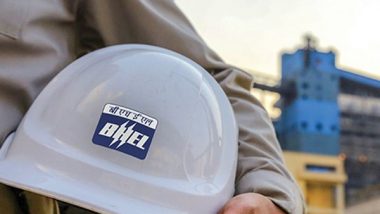 During the financial year ended March (FY21), BHEL's consolidated net loss stood at Rs 2,697 crore as compared to net loss of Rs 1,466 crore in FY20. At the same time, revenue from operations skidded 20.48 per cent to Rs 16,296 crore in FY21 from Rs 20,495 crore in FY20. Crisil said the negative outlook factors in the likelihood that profitability may remain under pressure in the current financial year (FY22) amid ongoing Covid-19 pandemic, further weakening its credit risk profile. BHEL Shares Tumble Nearly 12 Pc After Quarterly Earnings.

BHEL is engaged in design, engineering, construction, testing, commissioning and servicing of a wide range of products and services to the core sectors of economy. The government holds 63.17 per cent stake in the maharatna central public sector enterprise which works under the Department of Heavy Industries.