Kitten Natividad Dies at 74; She Was Best Known for Her Performance in Beneath the Valley of the Ultra-Vixens

Francesca 'Kitten' Natividad, a go-go dancer who rose to fame after Russ Meyer cast her in the slasher film Beneath the Valley of the Ultra-Vixens, passed away on Saturday at the age of 74 at the Cedars-Sinai Hospital in Los Angeles from kidney failure after battling cancer. 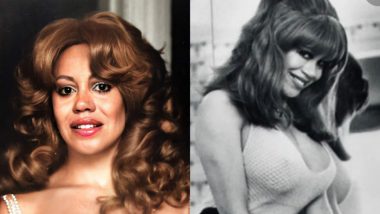 Francesca 'Kitten' Natividad, a go-go dancer who rose to fame after Russ Meyer cast her in the slasher film Beneath the Valley of the Ultra-Vixens, passed away on Saturday at the age of 74 at the Cedars-Sinai Hospital in Los Angeles from kidney failure after battling cancer. "She adored her friends, cats, family and fans," her sister Eva wrote in a statement on Facebook posted by a friend of Kitten Natividad, Siouxzan Perry. Grammy-Winning Rapper Coolio Dies At 59.

According to Variety, Natividad, raised in Texas after relocating from her native Mexico's Ciudad Juarez, rose to the position of class president at her high school in El Paso. After relocating to California, she worked as Stella Stevens' maid and cook before changing her name to "Kitten" and becoming a go-go dancer. She was introduced to the director of Faster, Pussycat! Kill! Kill! by a dancer acquaintance, and he engaged her to narrate his 1976 sex comedy Up. When Meyer paid for a second operation to give her the oversized dimensions that would become her calling card, she had previously undergone breast implant surgery in Tijuana.

In the satirical sex farce Beneath the Valley of the Ultra-Vixens, co-written by Meyer and film critic Roger Ebert, Natividad plays a housewife who subjects her husband, a teenage boy, a truck driver, and a nurse to various sexual acts while also inflicting them on them.

Meyer and Natividad were never married, but they shared a home for about 15 years. She continued to make appearances on television and in mainstream films throughout the rest of her career, which was primarily devoted to burlesque performances, nude modelling and acting in pornographic films. Oscar-Winning Actress Louise Fletcher Dies at 88.

Natividad appeared in small roles in movies like My Tutor, Airplane II, The Wild Life, Another 48 Hours, The Double-D Avenger, in which she co-starred with two other former Meyer actors, and Adam Rifkin's A Night at the Golden Eagle. She also appeared as a guest on The Dating Game and The Gong Show. The night before his brother Sean Penn married Madonna, she was recruited by Chris Penn, who had acted in The Wild Life, to perform as an exotic dancer, and she also made an appearance in a Peaches music video.

In 1999, Natividad underwent a mastectomy after receiving a breast cancer diagnosis. She is survived by her sister Eva, her mother, four nephews and a niece.