For cancers of the lung and the stomach, systemic therapy was the mode of treatment. 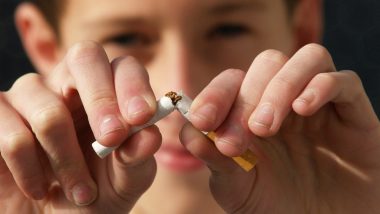 New Delhi, August 18: The number of cancer cases in the country in 2020 was estimated at 13.9 lakh of which about 27% was due to tobacco use, according to the National Cancer Registry Programme Report 2020, released by the Indian Council of Medical Research (ICMR) and National Centre for Disease Informatics & Research (NCDIR), Bengaluru.

The report said that the cases were likely to increase to 15.7 lakh by 2025 based on current trends. Cancer of breast and cervix uteri were the most common cancers among women, the report added. Also Read | LCA Tejas, Indigenous IAF Fighter Jet, Deployed on Western Front Amid Border Tensions With China.

The report further stated that cancers related to use of any form of tobacco were highest in the North-eastern region of the country and in higher proportions in men. Cancer of lung, mouth, stomach and oesophagus were the most common cancers among men. Cancer of breast and cervix uteri were the most common cancers among women. A significant increase in the incidence rates of breast cancers in women, and lung and head and neck cancers in both men and women was observed in most of the registries, but a declining trend was seen in most of the registries for cancer of the cervix.

Cancers of lung were diagnosed at a stage of spread to distant sites, while cancers of head and neck, stomach, breast and cervix were in higher proportions with a loco-regional spread.

Multimodality treatment (a varied combination of surgery, chemotherapy and radiation therapy) was administered for cancers of breast and head and neck, while cancer cervix was treated mainly with radiotherapy and chemotherapy. For cancers of the lung and the stomach, systemic therapy was the mode of treatment.