Get latest articles and stories on India at LatestLY. The Bombay High Court refused anticipatory bail to Maharashtra BJP MLA Nitesh Rane in connection with an alleged attempt to murder case. 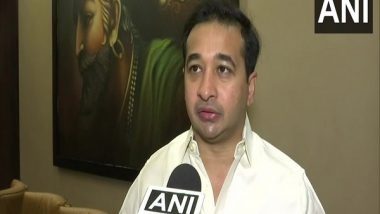 However, the anticipatory bail of another co-accused Manish Dalvi was allowed by the Bombay High Court.

A case has been filed against Nitesh Rane, son of Union Minister Narayan Rane, for allegedly assaulting Santosh Parab, a Shiv Sena worker.

On December 18, Parab, a Kankavli resident had filed a police complaint alleging that he was assaulted by Nitesh Rane. (ANI)