The Union Ministry of Health will constitute an expert team to monitor rising dengue cases in Delhi, informed sources. 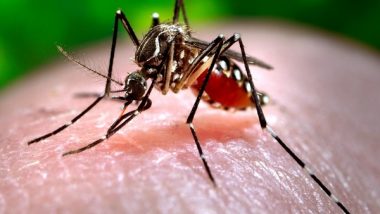 This development comes as a review meeting chaired by Union Health Minister Mansukh Mandaviya on the dengue situation across the country is underway in the national capital.

According to sources close to the development, awareness campaigns will be held in schools and speed testing for the vector-borne disease will also be done in Delhi.

"Union Ministry of Health is monitoring dengue cases in Delhi and other states closely. An expert team will do detailed planning with the Delhi Government to monitor the dengue cases, awareness campaigns will also be run in schools. Necessary speed testing will be conducted," said sources.

The Centre has asked the Delhi government to procure dengue NS1 ELISA testing kits to maximise dengue testing in Delhi.

As per sources, 200 districts affected by dengue outbreak will be identified and teams will be sent. For the same, the human resource will be diverted from those involved in COVID-19 duties.

Amid a surge in dengue cases, private hospitals in the national capital are either increasing the number of beds or cancelling the planned surgeries in order to accommodate dengue patients.

With the rising number of dengue cases, breaching the 1,000-mark in recent days, the government and the private hospitals across Delhi have ramped up the beds and other medical facilities. As the COVID-19 cases subsided in Delhi, the rising of cases of Dengue has been a headache for the healthcare workers.

Dengue cases in the national capital have seen an unprecedented spurt with cases crossing a thousand mark in which more than 650 cases are being recorded in the month of October alone.

The vector-borne disease has claimed its first death in the month of September in Delhi where a 35-year-old woman died.