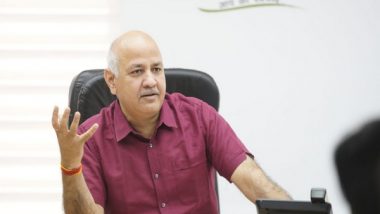 In a statement, Deputy Chief Minister Manish Sisodia said, "The official figures from Rozgaar Bazaar show that over 10 lakh jobs have been generated in Delhi in the past two years. The Delhi government is fully committed to providing employment to the unemployed in Delhi. Everyone will see very soon how Chief Minister Arvind Kejriwal lives up to his promise of providing another 20 lakh jobs in Delhi as announced in our Rozgaar Budget this year."

According to the Delhi government, the top four sectors where new jobs have been created are sales/marketing, business development, back office/data entry, customer support/tele caller and delivery fleets.

The Kejriwal government said it carried out sample surveys of employers periodically to get their feedback on placements through which all employers surveyed have confirmed that they have been able to hire people for jobs posted on Rozgar Bazaar.

As per the official data, a total of 15,23,536 unique job seekers are registered on the Rozgar Bazaar portal as of June 30. The portal tracks active connections initiated through phone calls, WhatsApp, etc between job-seekers and job providers.

Over 53 lakh such connections have been made until June 30 showing the extent to which the portal has become a lifeline for job-seekers and job-providers in the entry-level and blue-collar job sectors in Delhi, said the Delhi government.

The Kejriwal government is now all set to launch the Rozgar Bazaar 2.0 portal. The new portal will provide Artificial Intelligence (AI) based job matching services, as well as, end-to-end skill development and employment-related services to the youth of Delhi on a single platform. (ANI)