India and China are working out fresh dates for the 12th round of Corps Commander-level talks on the situation in eastern Ladakh, Indian Army sources said on Thursday. 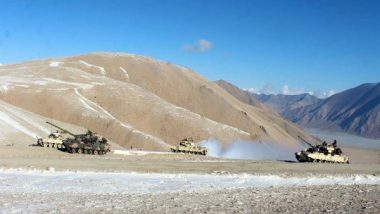 New Delhi [India], July 22 (ANI): India and China are working out fresh dates for the 12th round of Corps Commander-level talks on the situation in eastern Ladakh, Indian Army sources said on Thursday.

China had earlier suggested holding military talks on July 26 but India asked Beijing to work out fresh dates as the Indian Army would be celebrating Kargil Vijay Diwas, they added.

The sources said further said that the Indian and Chinese sides are expected to discuss disengagement from existing friction points in Depsang plains, Gogra and hot springs in the next round of meetings of the military commanders.

Earlier on April 9, Armies of India and China held the 11th round of Corps Commander-level talks at Chushul in eastern Ladakh.

The two countries have been engaged in a military standoff for almost a year but disengaged from the most contentious Pangong lake area last month after extensive talks at both military and political levels.

The credit for the disengagement was given to all stakeholders by Army Chief General Manoj Mukund Naravane who also talked about the country benefitting from the inputs given by the National Security Advisor Ajit Doval during the crisis.

Earlier, India and China held 10 rounds of talks at the Corps Commander level to reach the arrangement to disengage from the Pangong lake area. (ANI)