Get latest articles and stories on India at LatestLY. The city police apprehended three persons for allegedly stealing automobiles and seized the stolen vehicles, Karkhana police informed on Saturday. 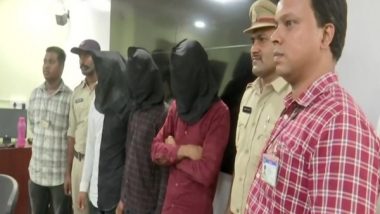 3 held for stealing vehicles in Hyderabad

During the verification, the accused confessed that they used to steal automobiles (two and four-wheelers vehicles) under the limits of Hyderabad, the DCP said.

Further, it was revealed that Abdul Rahim, a scrap businessman used to purchase the stolen vehicles from the accused persons.

"All the three accused have been arrested and the stolen vehicles were also seized," Venkateshwarlu said. (ANI)