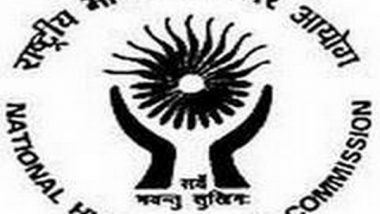 Tripathy alleged that about 600 villages in Arunachal Pradesh, situated along the international border with China, are deprived of basic amenities like all-weather roads, potable drinking water, Anganwadi centres, playgrounds, schools, health care centers and avenues for physical activities and recreation of the villagers.

"There are no provisions for the citizens for their livelihood, skill development or self-employment, etc.," Tripathy said.

The NHRC issued notice to the Chief Secretary, Govt. of Arunachal Pradesh calling for a report to be submitted during Camp Sitting/Open Hearing of the Commission held at Itanagar, Arunachal Pradesh on May 25, 2018.

The NHRC also asked the Special Secretary, Planning and Investment Division, Government of Arunachal Pradesh to submit the current status in the matter.

Subsequently, the Special Secretary, Planning and Investment Division, Government of Arunachal Pradesh, informed that a meeting under the chairmanship of MOS (Home) is proposed to be convened on September 04, 2018, at New Delhi regarding the status of a comprehensive proposal for the development of infrastructure in the border area of Arunachal Pradesh amounting to Rs 4,690 crores.

As per the minutes of the meeting the Special Secretary (BM) intimated that the Dept of Expenditure, GOI has granted in-principle approval for the construction of the frontier railway. Further, the Department of Border Management has projected Rs 35.00 crores for the preparation of DPR, Tripathy said.

The 'tender action' is in progress for survey and DPR works. Another report submitted by the Secretary, Planning and Investment, Government of Arunachal Pradesh stated that the State Government is making every effort to develop infrastructure in border areas.

The reports submitted by the Government of Arunachal Pradesh as well as GOI, from time to time before the NHRC reflect that both the Central and State Governments are taking up initiatives to address the problems raised by Tripathy. Various development schemes and projects are being undertaken by the concerned Governments to develop the infrastructure in the border areas and provide amenities to the inhabitants. (ANI)