The train services between Kolkata and cities in Bangladesh were suspended in March 2020 as a precautionary measure against the spread of COVID-19. 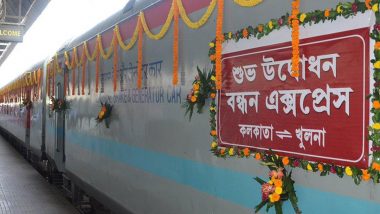 The Railway Board has issued orders to resume Kolkata-Dhaka Maitree Express from Dhaka by Bangladesh Railway rake and Kolkata-Khulna Bandhan Express from Kolkata by Indian Railways rake on May 29, 2022. Western Railway Celebrates 50 Years of Mumbai-Delhi Rajdhani Express.