According to the Congress statement, each member of the Task Force shall be assigned specific tasks related to organization, communications and media, outreach, finance and election Management. They shall have designated teams which will be notified subsequently. 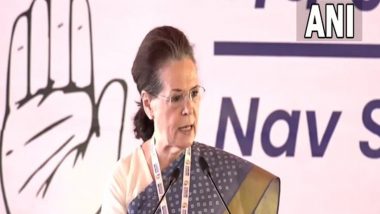 Currently, Kanugolu is working with Congress in Telangana and Karnataka and making a strategy for the upcoming Assembly polls. Recently, Prashant Kishor had given a presentation to a group of senior Congress leaders for the roadmap of the 2024 elections and after that All India Congress Committee (AICC) General Secretary Randeep Surjewala had given a statement that an Empowered Action Group will be formed for 2024 polls.

According to the Congress statement, each member of the Task Force shall be assigned specific tasks related to organization, communications and media, outreach, finance and election Management. They shall have designated teams which will be notified subsequently.

The Task Force will also follow up on the Udaipur Sankalp Declaration and the reports of the six groups. Besides the Task Force 2024, Congress has also Constituted a Political Affairs Group headed by party interim president Sonia Gandhi. Along with that Central Planning Group for the "Bharat Jodo Padyatra" has also been formed.

The three Committees formed by the party have accommodated G-23 leaders like Gulam Nabi Azad and Anand Sharma, who are being included in Political Affairs group along with Rahul Gandhi. Shashi Tharoor has also been included in the Central Planning Group for Coordination of 'Bharat Jodo Yatra'.

Another important leader which has come to the forefront of AICC politics is Digvijay Singh, who has been included in the Political Affairs Group and will be heading the Central Planning group for 'Bharat Jodo Yatra', which is the Central Idea of the party to kick start the campaign for 2024 Lok Sabha election.

A three-day brainstorming session, Nav Sankalp Chintan Shivir, was held by the Congress and attended by the Gandhis and senior party leaders, to discuss the strategy for the 2024 assembly polls and the electoral challenges.