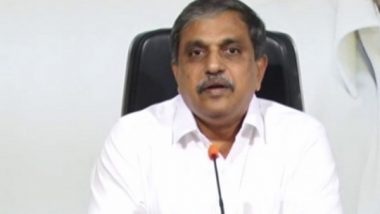 In a press conference at Tadepalli, he said, "Today, the central government has filed an affidavit, in a case, taken up by the Supreme Court suo-moto. In that, the Centre has clearly said that it has asked the vaccine manufacturing companies to provide vaccine to the states on pro-rata basis."

Slamming the TDP chief, Reddy alleged that Naidu had been spreading false propagating against the state government for the last 10 days.

"In Andhra Pradesh, TDP chief N Chandrababu Naidu has been propagating for almost ten days that the state is not procuring vaccine. That created a panic like condition in the public. They (public) are rushing to vaccine centres that eventually, might increase the number of Covid cases", Reddy said.

"We have been categorically explaining that vaccine cannot be directly procured by the states. We have written to the Centre as well as the vaccine manufacturing companies. The companies informed that they will supply as per the suggestions of the Centre only," he informed.

"Chandrababu Naidu was alleging that the YSRCP government is not procuring vaccine, only with the vicious thought of getting commissions. It is false propaganda", he said.

Sajjala Ramakrishna Reddy alleged that Naidu is conspiring against the government at this critical time. Cases should be filed against Chandrababu Naidu under serious charges like sedition, he said. (ANI)