All in all, Navratri's fasting rules and dishes vary from community to community; the basic premise being that the food should be healthy and light. Also, since Navratri is celebrated differently across India, hence every household or family has its own traditions and dishes for the festival. 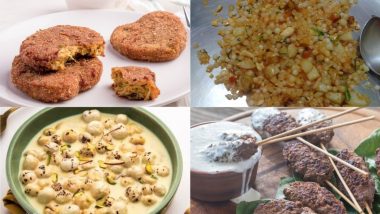 New Delhi, October 6: It is finally that time of the year when the fervour of the Indian festive season commences with Navratri, the nine-day festival, which will be starting from tomorrow. The word 'Navratri' refers to the nine auspicious nights during which Goddess Durga is worshipped, and most people observe fasts. Satvik Recipes Without Onion and Garlic: This Navratri 2021, Detox Yourself With this Sattvic Food Menu.

As the aroma of pure butter or desi ghee delicacies fill up the environment, idols of the Goddess are decorated with kumkum, bangles, flowers, and jewelled attires. Navratri is a major festival celebrated across India among the Hindus and has lots of customs and rituals associated with it, one among them is eating specific dishes and food items on particular days. During this time, most people observe a fast as to show their devotion towards the Goddess.

Typically, a substantial portion of north, west, and central India observes a nine-day fast. Some folks may choose to exclusively fast on the first and last day of the festive period. Since fasting is considered to be a way of expressing gratitude to Goddess Durga, so traditionally, eating non-vegetarian dishes or drinking alcohol during this time is considered inauspicious, and people also abstain from garlic and onion for nine days. Navratri 2021 Food: Mental and Physical Benefits of Sattvic Diet.

However, this does not imply that Navratri food is anywhere close to being bland. Ingredients such as kuttu atta, singhara atta, fresh vegetables, milk, yoghurt, makhanas, and others are popular during Navratri because they are used in dishes with delectable flavours that are also light on the stomach. Instead of regular salt, rock salt or sendha namak is used as it's pure and unprocessed. Navratri 2021: Vegan Fasting Recipes To Treat Yourself With for These Nine Days.

So, this Navratri, skip the usual dishes and try out these scrumptious yet healthy food items during your fast and festivities. 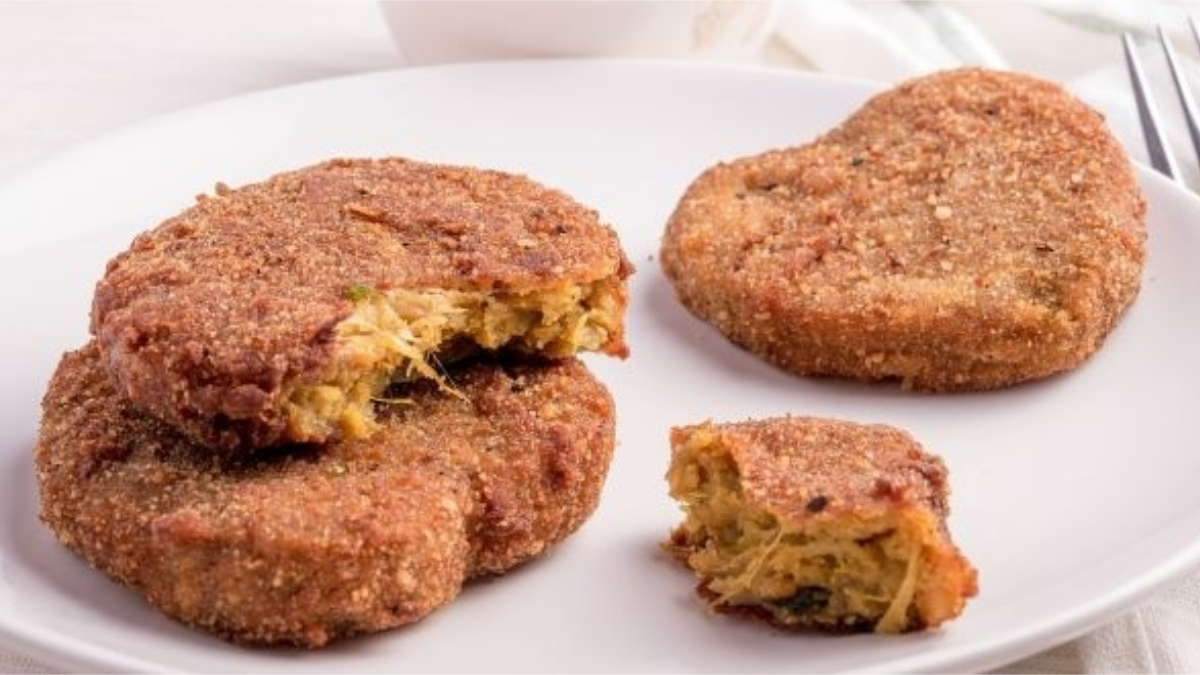 Fasting need not be boring anymore as this mouth-watering dish is made with simple ingredients that are easily available in the market. Flavoured with chillies and coriander this festival snack is surely going to satiate your taste buds. This dish can be enjoyed at any time and even packed for tiffins, therefore make this yummilicious dish for the Navratri festivity and you'll end up licking your fingers. 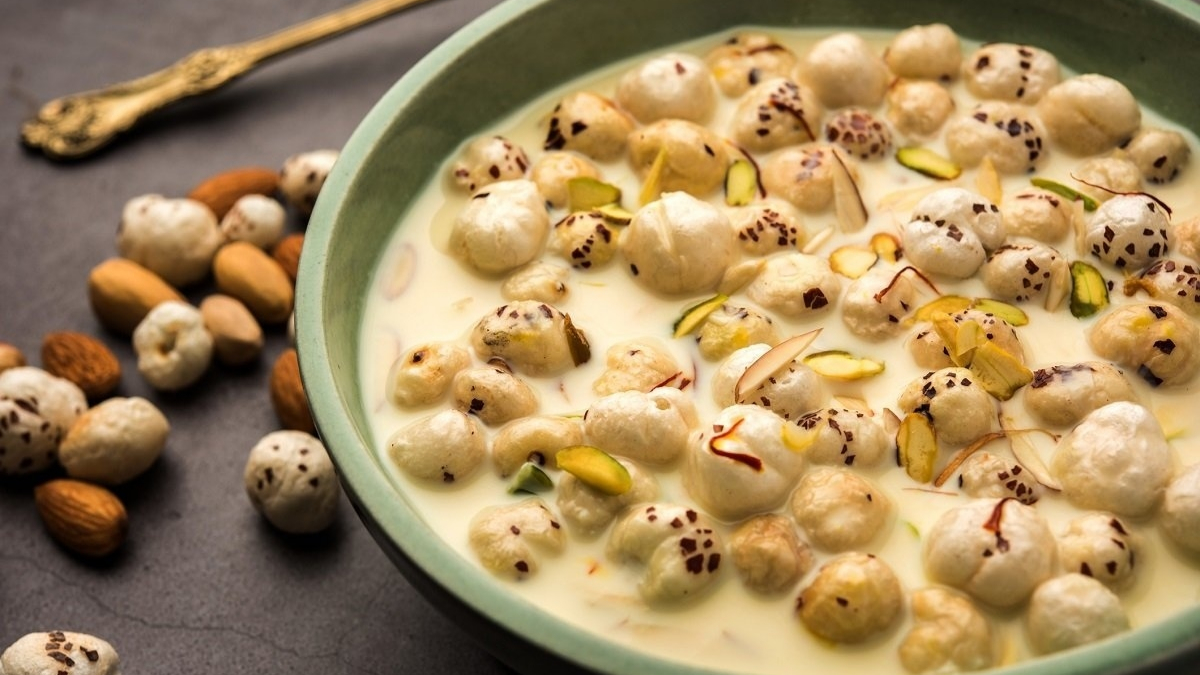 Desserts always inspire a cheer in people, so here's an amazing sweet dish that can be relished at any time. It has relatively low-fat content and is high in calcium and protein. Hence, indulge without worrying about the weighing scale because this delicious kheer is going to make your fasting all the more worthwhile. You can also serve this delectable dish to guests post a great dinner or make it as a prasad for the puja. 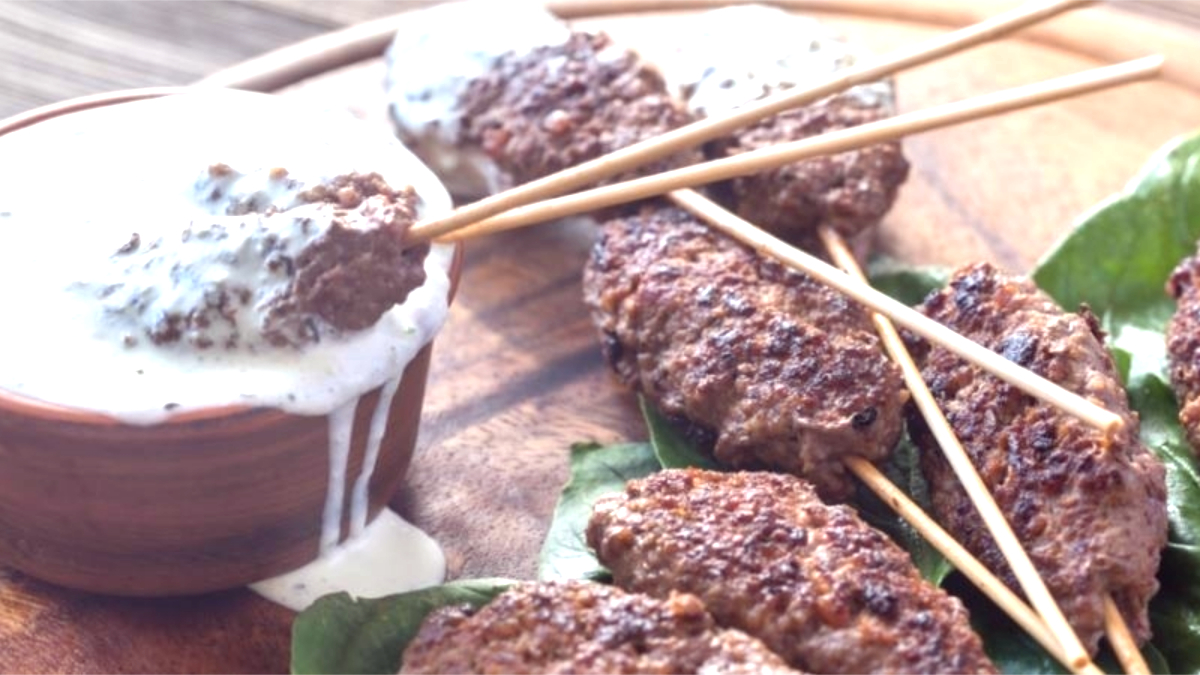 Arbi, also known as colocasia, is one of the most underrated carb-packed vegetables that lost out to potatoes in the popularity race, although it has so much to offer in a dish as a nutritious ingredient. Arbi Kofta is made with water chestnut flour and can be enjoyed with a sour mint-yoghurt dip throughout the festival season. These tasty crisp bites can be enjoyed by people of all age groups during Navratri. 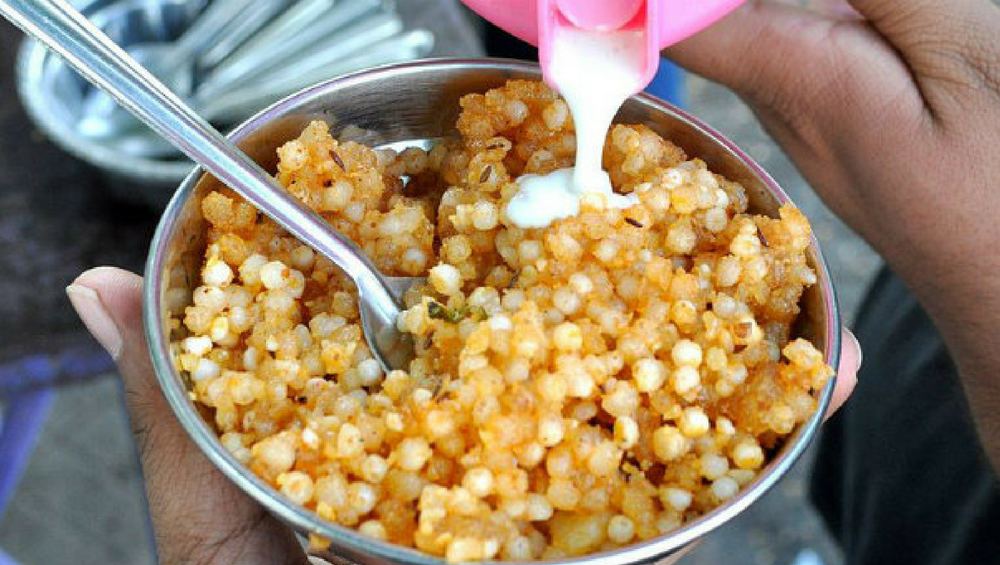 During the Navratri fasting season, this vegan gluten-free dish is particularly popular in India. Peanuts, chillies, cumin, and curry leaves are commonly used as seasonings as this khichdi contains few spices, which is appropriate given that it is frequently prepared during the fasting season when mostly spices are prohibited to be eaten. Also, it's the simplicity of the dish which makes it so delicious.

This Navratri, instead of the typical kuttu puris, cook up something fresh for all the dosa enthusiasts. No rice or fermentation is required for this nutritious, crispy, and tasty dosa made using gluten-free flours. This dish is also high in protein, iron, and zinc. So, for a wonderful yet healthy meal, serve this dosa with some soothing coconut chutney.

All in all, Navratri's fasting rules and dishes vary from community to community; the basic premise being that the food should be healthy and light. Also, since Navratri is celebrated differently across India, hence every household or family has its own traditions and dishes for the festival.

This year, the festival season will commence in India with Navratri starting in October and Durga Puja being celebrated during the same time. Following that Dussehra will fall on October 15 and Diwali on November 4.