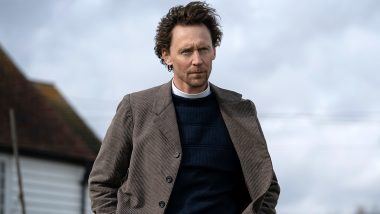 Marvel star Tom Hiddleston has joined Claire Danes in the series adaptation of The Essex Serpent from the Apple TV Plus. Based on author Sarah Perry's novel, the 19th century-set story revolves around a newly widowed woman Cora (Danes), who, having been released from an abusive marriage, moves from Victorian London to a small village in the county of Essex. Loki: Tom Hiddleston’s Marvel Series to Debut on Disney+ on June 11.

She is fascinated by a local superstition that a mythical creature known as the Essex Serpent has returned to the area. According to The Hollywood Reporter, Hiddleston will play Will Ransome, a trusted leader in a small English community. It is the latest small screen project for the Emmy-nominated actor, who will next reprise his Marvel Cinematic Universe role Loki in the titular Disney Plus series. Loki: Tom Hiddleston’s Marvel Series to Stream on Disney+ Hotstar From June 11.

Acclaimed filmmaker Clio Barnard is attached to direct the Apple period drama, adapted by Anna Symon for the screen. See-Saw Films will produce the series for the streaming platform. Hiddleston's credits also include "The Night Manager" and "Kong: Skull Island".