As the 32nd Summer Olympics start on Friday in Tokyo, Union Minister for Youth Affairs and Sports Anurag Thakur and Minister of State in the ministry Nisith Pramanik will watch the opening ceremony at Major Dhyan Chand National Stadium. 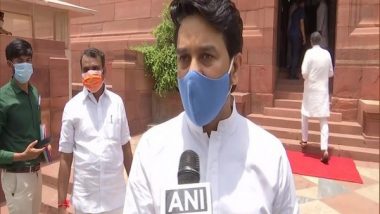 Eminent personalities from all walks which include ex-athletes and others from across the country will join the event to motivate our athletes as part of the #Cheer4India campaign envisioned by Prime Minister Narendra Modi.

Twenty-six members from the Indian contingent will attend the opening ceremony of the Tokyo 2020 Olympics in view of the COVID-19 concerns in the Japanese capital.

Manika Batra, Sharath Kamal Sutirtha Mukherjee, and G Sathiyan from the Table Tennis team will attend the ceremony. Amit, Ashish Kumar, Mary Kom are among the eight boxers who will be present at the function. Six Indian officials will take part in the opening ceremony.

Indian Hockey team skipper Manpreet Singh is the flag bearer of the contingent along with Mary Kom.

A total of 127 athletes across 18 sports disciplines from India are participating in Olympics. This is the biggest-ever contingent India is sending to any Olympics.

The 69 cumulative events across the 18 sport disciplines that India will participate in are also the highest ever for the country. (ANI)