Get latest articles and stories on Tech at LatestLY. American watchmaker company Fossil recently announced that the company's existing Wear OS smartwatches will not get upgraded to the new combined Wear software platform from Samsung and Google. 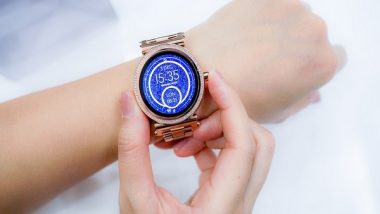 Washington [US], June 6 (ANI): American watchmaker company Fossil recently announced that the company's existing Wear OS smartwatches will not get upgraded to the new combined Wear software platform from Samsung and Google.

According to The Verge, Fossil's executives Greg McKelvey and Steve Prokup made the announcement during a recent interview with a media outlet.

Instead of upgrading, the company is planning a premium watch that Prokup said would have "pretty major hardware upgrades," and existing watches will probably be discounted as budget options.

"All of the software benefits that Google's talking about and launching with the unified platform is something we'll be building into that as well," McKelvey said.

Google and Samsung had announced last month at Google I/O that they would combine Wear OS and Samsung's Tizen into a new platform, creating one central smartwatch OS for Android.

The Fossil executives did not give much insight into what buttons or crowns the company may use in its next Wear OS watch.

"I think you are still going to see a variety of offerings across even our products, as well as manufacturers. Not so much that you are going to have a watch that ends up having four, five, six dedicated buttons or no buttons," Prokup said in the interview. (ANI)