Get latest articles and stories on Tech at LatestLY. Just in time for the launch of Microsoft Flight Simulator on Xbox Series consoles next month, developer Asobo Studios has added some extra details that players will appreciate. 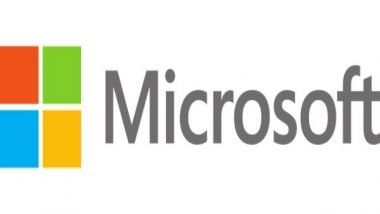 Washington [US], June 20 (ANI): Just in time for the launch of Microsoft Flight Simulator on Xbox Series consoles next month, developer Asobo Studios has added some extra details that players will appreciate.

According to The Verge, this new 'World Update V' will be focused on the Nordic region, specifically Denmark, Finland, Iceland, Norway, and Sweden, bringing stunning vistas to an already visually impressive title.

A recently revealed brief trailer showed the payoff for some extra attention on landscapes and urban areas with detailed architecture for you to fly around showing off everything from ancient castles to modern stadiums, towers and bridges.

As per the team, the new areas include "100 airports and 77 carefully selected points of interest." One can see Lego House and Frederiksborg Castle in the trailer, along with the Arctic Cathedral and Sarek National Park.

The Xbox launch is slated for July 27th, arriving after several updates to optimize the game and even reduce its staggering initial installation size.

The Verge reported that it's also localised in Swedish, Norwegian and Finnish if you'd like the full Nordic experience. Using a capable PC anyone can install this latest update for free. (ANI)