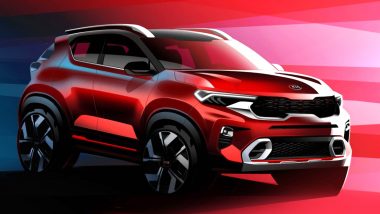 Kia Motors India has released first images of the Sonet Sub-compact SUV ahead of its global debut, which is slated to happen on August 7, 2020. The South Korean carmaker will also initiate bookings for the compact SUV on the same day itself. However, several Kia dealerships have started taking unofficial pre-bookings for the SUV with down-payment of Rs 25,000. Kia Sonet Sub Compact SUV Officially Teased Ahead Of India Debut.

The upcoming Sonet SUV is a very important product for the carmaker as it would further help the carmaker to generate good sales. And, the company will be looking replicate the success it had achieved by its first product - Seltos. It is important to note that Sonet is Kia's third product in India and it will sit below Seltos in Kia product portfolio for the Indian market. 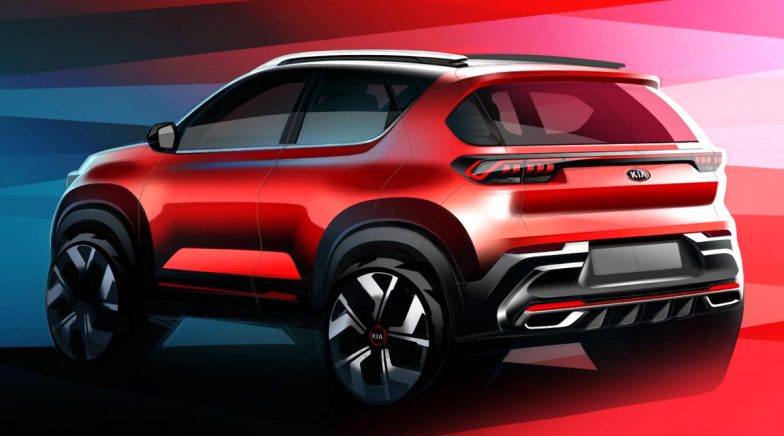 The company has been teasing the SUV for quite some time now. Previously, the carmaker had released the first sketch of the Sonet. And, now it has released four new images of the Sonet revealing the exterior and interior details to the SUV. 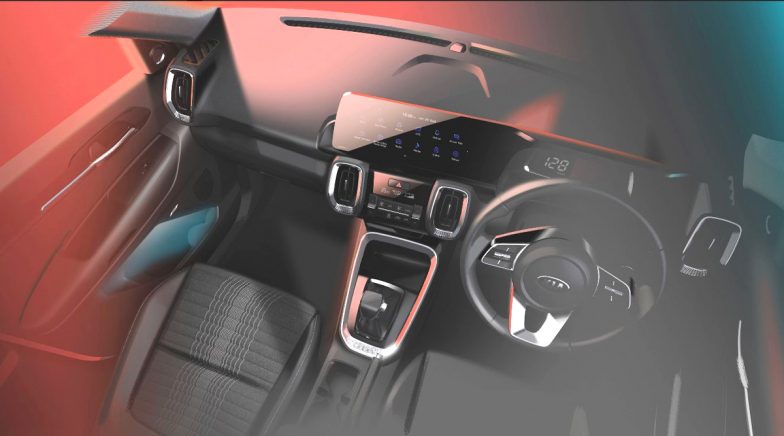 The newest offering from Kia Motors will be using Hyundai Venue's platform. It will also be borrowing the powertrain options from its cousin. The SUV will debut in India with three engines that power Hyundai Venue. It includes a 1.2-litre naturally aspirated petrol, 1.0-litre turbo petrol and a 1.5-litre diesel. Transmission options will include a 5-speed manual, a 6-speed manual and a 7-speed DCT. 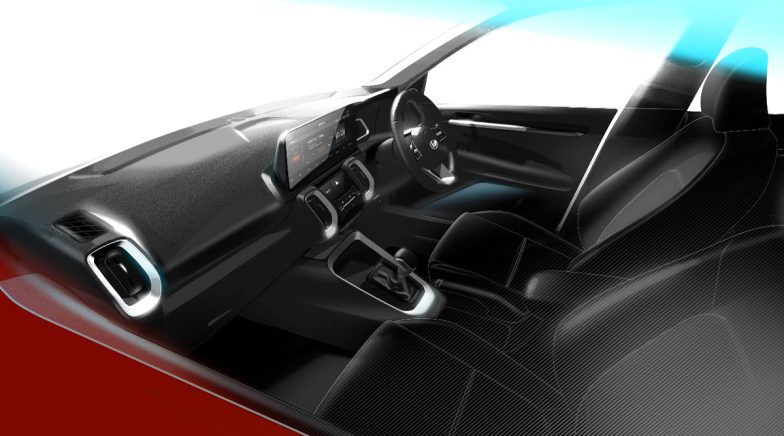 As far as the prices are concerned, the 2020 Kia Sonet SUV is likely to be priced in the range of Rs 7.5 lakh to Rs 11 lakh (Ex-showroom). Once launched, the SUV will take on the rivals such as Maruti Suzuki Vitara Brezza, Hyundai Venue, Ford EcoSport, Mahindra XUV300 and the Toyota's upcoming Sub-compact SUV.

(The above story first appeared on LatestLY on Jul 30, 2020 01:52 PM IST. For more news and updates on politics, world, sports, entertainment and lifestyle, log on to our website latestly.com).