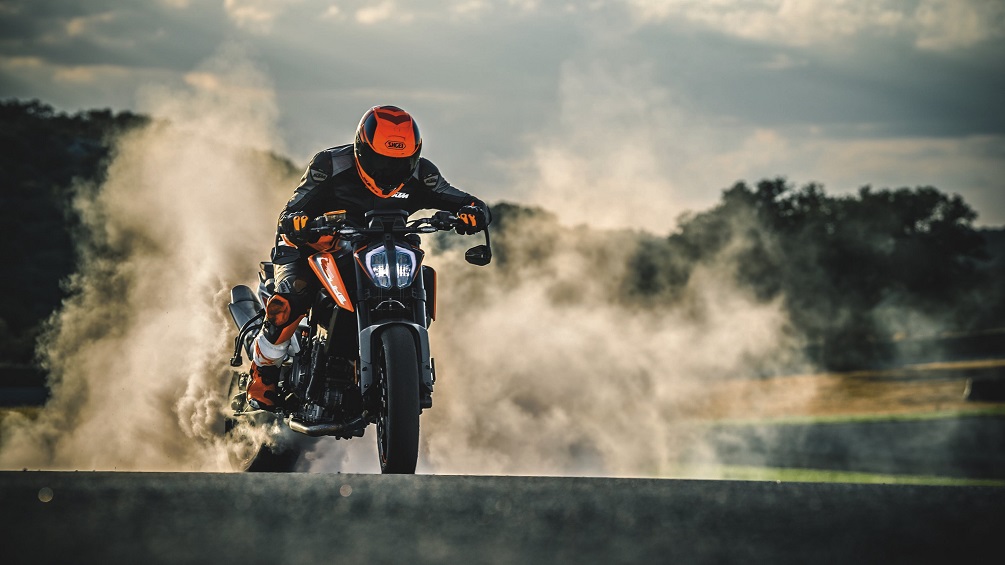 KTM India is all set to launch the highly awaited KTM 790 Duke motorcycle in India by next week. To be launched in the country on September 23, the arrival of the bike has been confirmed by the two-wheeler manufacturer. The company has already started sending out media invites for the launch event that is scheduled for next week in Mumbai. We have also seen couple of spy shots of the bike reportedly spotted in Bangalore with sari-guard fitment, hinting at the probable launch. Nicknamed as 'Scalpel', the bookings for the street naked reportedly has commenced with a token amount of Rs 30,000. 2019 KTM 790 Duke With Black Colour Spotted At Bajaj Training Facility Ahead of India Launch.

According to the report from Overdrive, KTM has around 150 units of the street naked motorcycle with BS4 engine. So, it is believed that the company is planning to clear out the pending stocks before the new BS6 norms come into effect. Moreover, the BS6 version of KTM 790 Duke is likely to be introduced in the market by the end of the next year. It is important to note that the new KTM 790 Duke will be brought India through CKD route and the same will be assembled at Bajaj's Akurdi plant.

The motorcycle will be powered an all-new 799cc, LC8 liquid-cooled parallel-twin engine. The unit will be capable of producing 106PS of maximum power with peak torque of 87Nm. The engine will be mated to a 6-speed gearbox featuring two-way quickshifter. The motorcycle will also be offered with four riding modes - Sport, Street, Rain and Track.

The suspension duties on the forthcoming KTM 790 Duke will be carried out by 43mm WP USD forks upfront along with WP monoshock suspension at the back. For braking, the motorcycle will be equipped with twin disc setup at the front and single disc at the rear. As far as the prices are concered, the new KTM 790 Duke is likely to be priced in the range of Rs 8 lakh to 9 lakh (ex-showroom India). However, the on-road price of the motorcycle could commence from Rs 10.5 lakh.