German motor vehicle manufacturer Volkswagen is in talks with Huawei to acquire its autonomous driving unit for billions of dollars, the media reported. 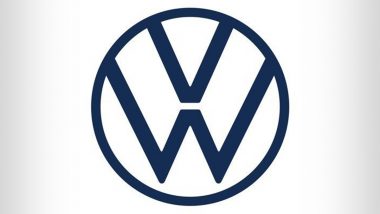 New Delhi/Beijing: German motor vehicle manufacturer Volkswagen is in talks with Huawei to acquire its autonomous driving unit for billions of dollars, the media reported. According to Germany's Manager Magazin, Volkswagen and Huawei are negotiating a "billion-dollar deal in China". Volkswagen Tiguan Facelift Launched in India at Rs 31.99 Lakh.

Volkswagen promises "unconventional solutions" for its new market China and "maybe taking over a Huawei subsidiary will help. The talks are ongoing," the report said on Thursday.

Huawei and VW China did not immediately comment on the report. The Chinese conglomerate aims to develop driverless-car technology by 2025. Huawei believes that driverless vehicles will bring huge benefits to society.

Together with car manufacturers, Huawei will apply its AI capabilities to steer the advancement of autonomous driving technology into the fast lane. Huawei's smart car unit had plans to spend $1 billion on research and development for the year 2021. The Huawei MDC is also an open platform that offers components-as-a-service, interface standardization and development tools. Huawei teamed up with Audi to carry out joint innovation on L4 autonomous driving with the MDC solution, and the results were encouraging.

Tests with an Audi Q7 equipped with Huawei MDC in China were successful on dimly lit urban and rural roads at night under complex traffic conditions, including unclear lane lines, and pedestrians, bicycles, and scooters crossing the road. It also successfully carried out high-speed cruising, following other vehicles, recognising traffic lights and pedestrians, and self-parking in an underground garage.

(The above story first appeared on LatestLY on Feb 18, 2022 04:49 PM IST. For more news and updates on politics, world, sports, entertainment and lifestyle, log on to our website latestly.com).