Aadhaar: Vineet Kumar Singh Hopes That the Audience Will Go to Cinemas to See His Upcoming Film 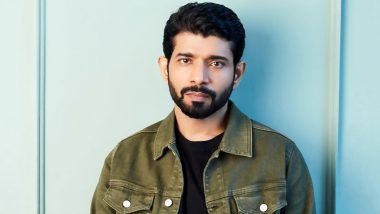 Mumbai, Jan 24 (IANS): Actor Vineet Kumar Singh says he hopes people go to watch his upcoming film, Aadhaar, in the theatres because that would give him the strength to experiment. Aadhaar – Sabka Number Aayega Trailer: Vineet Kumar Singh And The Villagers Innocence In This Social Dramedy Will Win Your Heart!

"I am hopeful that people will go to the theatres to watch 'Aadhaar'. The vaccine has also come and people know that if they take all the necessary precautions, there is nothing to worry about," Vineet said.

"People are stepping out for work, everyone is taking all precautionary measures. I would like to tell everyone to go to the theatres and watch my film because when you go to watch my film, I get the strength to do more films and experiment. This film will make you laugh and cry. And this is the kind of film that one can watch with the entire family," he added. Aadhaar First Poster: Viineet Kumar Singh Plays a Villager Trying to Get His Aadhaar Card.

Directed by Suman Ghosh, Aadhaar tells the story of the protagonist (played by Singh) in Jamua, Jharkhand, to obtain his Aadhaar number. The Drishyam Films and Jio Studios project also features Saurabh Shukla, Sanjay Mishra and Raghubir Yadav. The film is slated to release theatrically on February 5.

(The above story first appeared on LatestLY on Jan 24, 2021 10:15 PM IST. For more news and updates on politics, world, sports, entertainment and lifestyle, log on to our website latestly.com).