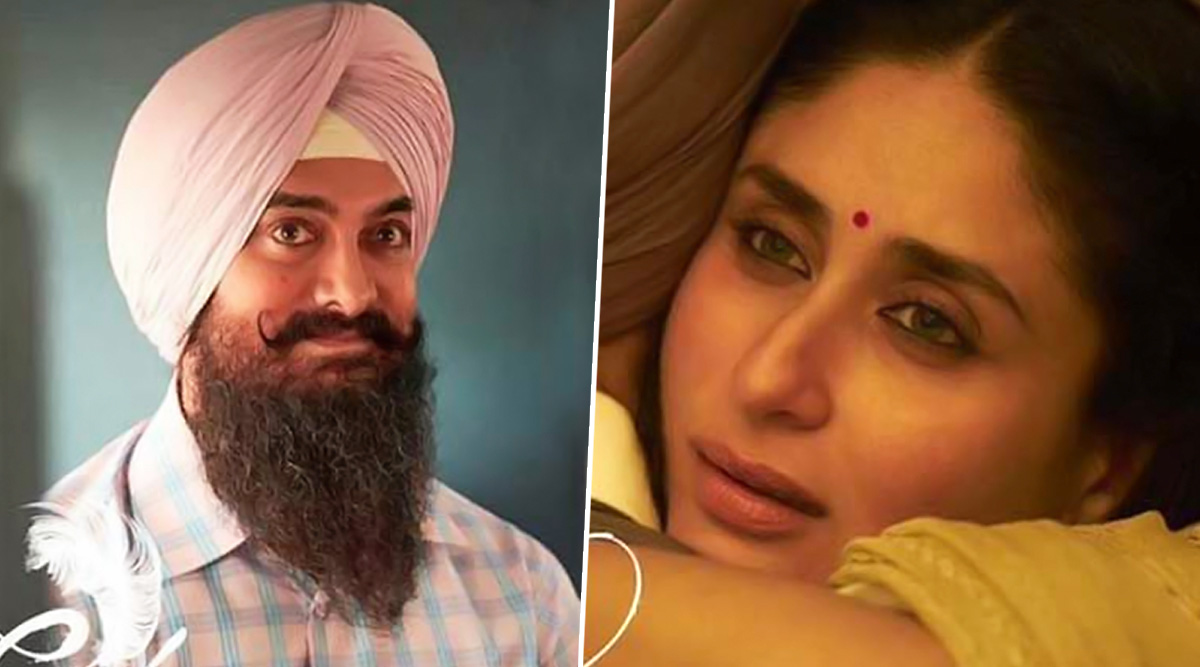 Bollywood's perfectionist Aamir Khan and Kareena Kapoor Khan starrer Laal Singh Chaddha happens to be one of the most anticipated projects of 2020. But due to the nationwide lockdown and film shoots on a pause mode, will the said film release on the desired date during Christmas? Well, the answer to this question is uncertain, however, an update in leading daily hints that the release of the flick might get affected, courtesy the bitter COVID-19 times. Reportedly, as Aamir's film has just completed it's 60 percent of its shooting the movie might get released next year in April 2021 and not this year in Christmas. Laal Singh Chaddha: Aamir Khan, Kareena Kapoor Shoot for a Romantic Song, Director Advait Chandan Didn't Want To Call Cut Awestruck By Their Chemistry.

According to a latest report in Mid-day, Laal Singh Chaddha might make it to the screens in April 2021. "The unit was to head to Chandigarh for another round of filming. The shoot was moving like clockwork, and Aamir was hoping to release the first teaser around Diwali. However, the lockdown has put the brakes on his plans. Even if the shoots resume by August or September, it is unlikely that the movie will hit screens by December. It may target April 2021 for release," a close source to the development revealed to the portal. With this, the report also confirms that the makers are not planning for a digital release of the film, but instead are keen for a theatrical release only.

“Besides presenting Aamir as a 20-something who grows older as the narrative progresses, the film will also depict events like the Babri Masjid demolition and the Kargil war. It won't be easy to complete such intricate VFX work in a short time,” the source added. Laal Singh Chaddha: Aamir Khan Shares a Beautiful New Poster, Wishes Kareena Kapoor Khan On Valentine’s Day 2020 With the Sweetest Message.

For the unversed, helmed by Secret Superstar fame Advait Chandan, Laal Singh Chaddha is an official remake of Hollywood flick, Forrest Gump which stars Tom Hanks as the lead. The Bollywood version of it will also see Kareena Kapoor Khan opposite the Aamir. It also stars Mona Singh and Vijay Sethupathi in key roles. Stay tuned!